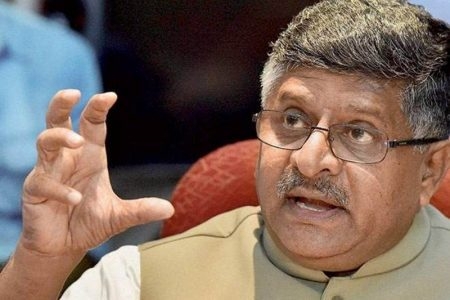 The law minister said the Narendra Modi government desires that judges from weaker sections first get experience in lower judiciary and eventually become capable of occupying positions in higher judiciary. Prasad said based on the reports submitted by the arrears committee of various high courts, it was resolved that all high courts will assign top most priority for disposal of cases which are pending for more than five years and priority should be given for disposal of cases pending in district courts for more than five years.

Replying to a question about the transfer of a judge, who was hearing cases related to 1984 anti-Sikh riots, the law minister said the government cannot interfere on a decision taken by the Supreme Court collegium.

However, he said, he will try to ensure that all anti- Sikh riot cases are expedited so that victims get justice. “It is a matter of concern for the whole country that Sikhs should get justice. The Narendra Modi government government is committed to provide justice to the Sikh community and hence had formed a Special Investigation Team immediately after taking over charge,” he said.

Prasad also said the Modi government has scrapped 1,400 obsolete laws in the last four years and state governments were too impressed upon to scrap obsolete laws.