Some foreign countries as part of precaution may have issued advisories to their citizens not to visit violent-hit places of India in wake of implementation of CAB.
FP News Service 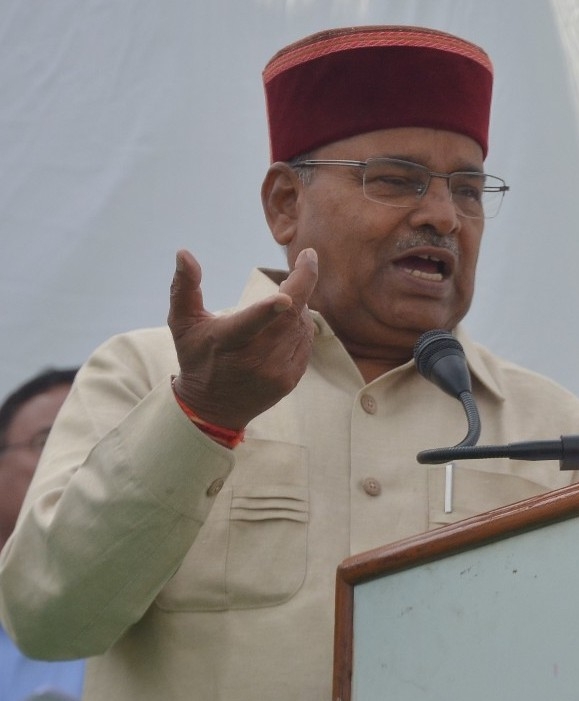 Ujjain: Union minister for social justice and empowerment Thawar Chand Gehlot has accused the 7-non-BJP state governments for holding political reasons by declining to implement the ‘CAB’ (Citizenship Amended Bill). “The decision of 7 non-BJP states not to implement CAB is a game of their politics. They should come above the vested political interests and think about the national interest,” commented he.

Talking to media persons on the sidelines of an exhibition arranged by the field publicity department of Information and Broadcasting ministry at Government Madhav Arts and Commerce College premises, here on Saturday afternoon, Gehlot said that few persons who don’t agree with this CAB are trying to create violent scenario. Some sporadic incidents of violence have been reported from Guwahati (Assam) and Tripura though such incents have been controlled. At some other places, efforts were also made to cause loss to trains and railway tracks. Overall in the country, people have supported and welcomed the CAB which was passed by the Parliament. The CAB is in the interest of Indians and in the country’s interest. It is totally false propaganda that the CAB is against the Muslims. Some foreign countries as part of precaution may have issued advisories to their citizens not to visit violent-hit places of India in wake of implementation of CAB. There is absolute peace across country, he claimed.

Reacting on Congress leader Rahul Gandhi’s remark that the country has converted into ‘Rape in India’ as against the claims of PM Narendra Modi as ‘Make in India’, Gehlot said that Rahul Gandhi is used to give unnecessary, irrelevant and derogatory statements. Countrymen don’t take his statements as seriously. The sentences which he made against women are highly condemnable and he should make apology for his statement at once, the Union minister said.

Responding to a query that despite excessive rains, the visiting devotees were not getting pure Kshipra water for bath and the Ujjainites were deprived of smooth water supply, Gehlot said, at the time of Shivraj Singh Chouhan’s government, water of river Kshipra used to be cleansed during important festivals and occasions and pure water used to be made available. People were quite happy with the bathing and potable water arrangements at that time. The present government should also make such arrangements for every occasion, so that people cannot face any inconvenience. The government should act immediately for cleansing the river water clean, he added.