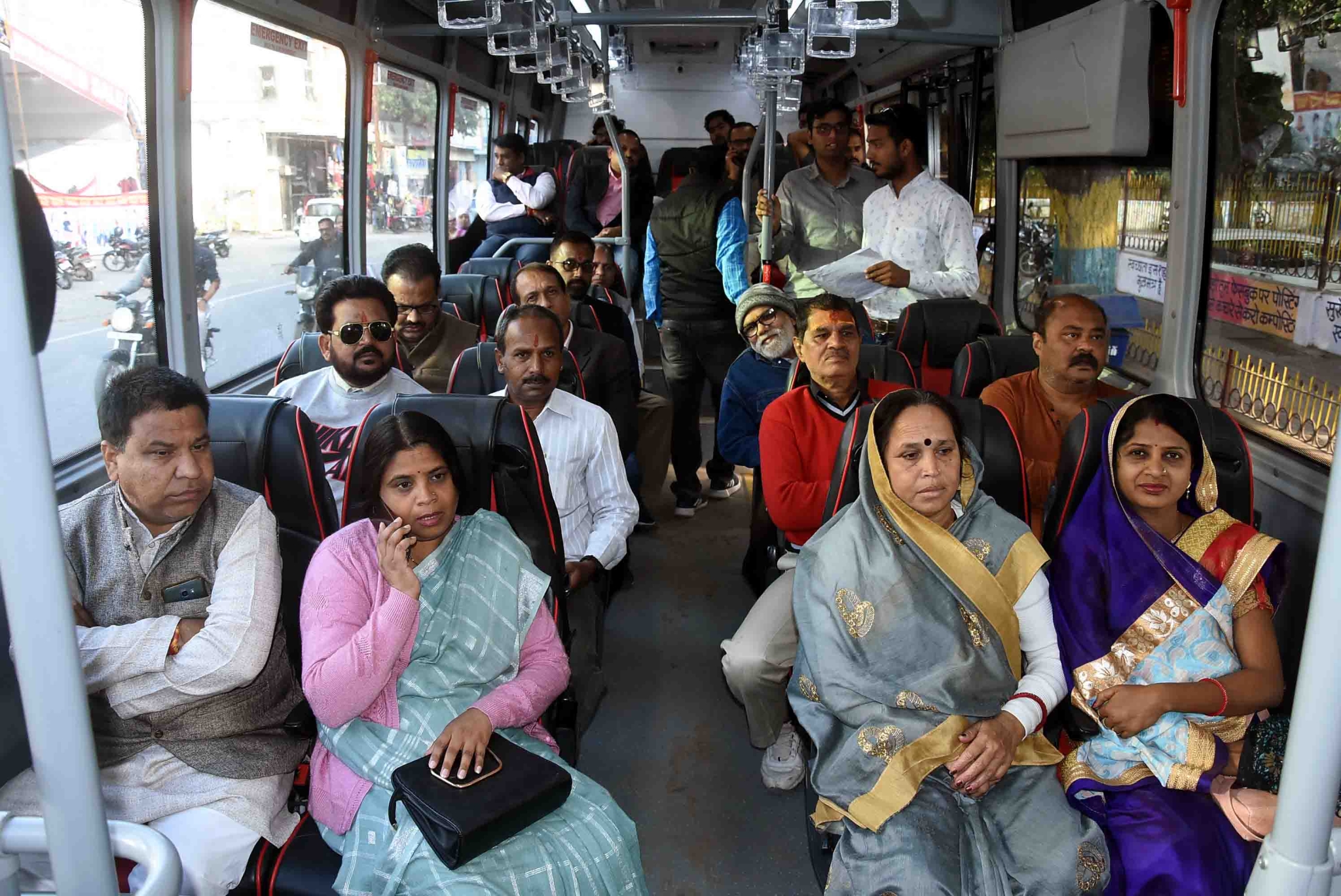 Ujjain: Hyderabad-based private bus company is in soup over the contract of e-buses as allegations of its connivance with Ujjain Municipal Corporation (UMC) officials for earning the contract cropped up.

Sources alleged that in connivance with few officials of Ujjain Municipal Corporation (UMC) tried to earn the contract of running electronic buses (e-buses) in city and between neighbouring cities, by conducting trial run of the buses for mere eyewash, here on Saturday evening. However, till filing of this report it was not clear that whether they have been assigned the contract or not.

The Union government had sanctioned 50 e-buses for Ujjain under Smart City Project and keeping in mind Ujjain’s historic, religious and archaeological significance. About half of the amount (RS 25 crore) to be incurred on purchasing buses is to be given by the Center while rest is to be borne by the bus manufacturing company which will be given contract of running the buses and earning the revenue by generating fares from operation. UMC had invited bids several times since September last, but barring 2-3 companies, none other bidder participated in the bids.

However, as revealed by the sources, the bids could not be finalised owning to certain amendments which the bidders sought during pre-bid meetings.

As the concerned officials did not agree with their terms and conditions, the bids were called till December 14; the last date of opening of the bid. A Hyderabad-based company participated in the bid and also conducted test drive of its bus on Saturday itself. But, the test drive was not carried out in consonance with the prescribed norms.

As revealed by the sources, the test drive of 47-seater fully AC bus was to be conducted boarding at least 70 persons, but hardly 20-25 persons were present during the test drive. The test drive began from Grand Hotel and returned back in about two hours by covering about 44 km distance up to Gondia trenching ground of the UMC. As per proposal, 25 buses are to be purchased for city and rest for operating as inter-city buses up to Indore, Dewas, Nagda, etc. 32-seater buses are proposed to be operated in city while 47-seater buses for other cities.

For this test drive, Mayor-in-Council members and zonal committee presidents besides concerned officials and media persons were invited. However, hardly fifty percent of invited peoples’ representatives found time to ride on the test drive. Mayor Meena Jonwal led them, but she did not look impressed with the over-all conduct. Likewise, other MiC members remained silent to make their opinion, though off-the-record they were saying that their experience with operating 40 buses earlier as City Bus Services under JNNURM was quite unsatisfactory.