She was heading towards the Shukrawara Market from ITI Square with her mother, who was riding pillion around 8:30 pm when the incident occurred
FP News Service 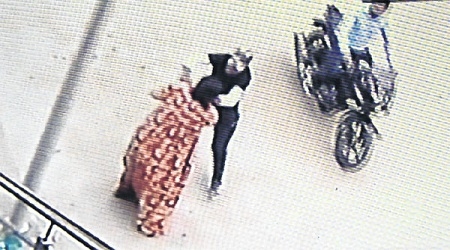 BHOPAL: A 39-year-old woman was relieved of her purse when she was riding a two-wheeler on Monday night. The Govindpura police have registered a complaint and initiated a probe into the matter.

However, the snatching incident raises questions on police patrolling and their security apparatus as the cops were deployed all around the city ahead of the Bharat Bandh call. The woman, Sarita Tiwari, is married to a CISF personnel and her husband is posted in Visakhapatnam. Her parents lived in Bharat Nagar in Bhopal, the Govindpura police said.

Sarita was heading towards the Shukrawara Market from ITI Square with her mother, who was riding pillion around 8:30 pm when the incident occurred. The woman told police that the accused snatched her purse that was hanging on her left arm. Before they could raise an alarm, the accused had disappeared.

SI Mukesh Sthapak, investigation officer, said the incident had occurred in front of Gate No. 9 of BHEL, near ITI Square.

The woman did not see the accused and she even could not tell whether he was on a bike or any other two-wheeler as it was dark all around. She told the police that she lost control of her two-wheeler when her bag was snatched and almost fell off the vehicle. When she applied the brakes, the duo had disappeared.