Addressing a press conference, MEA spokesperson Raveesh Kumar said that Hafiz Saeed has previously been arrested by Pakistan for more than eight times but released on some ground or the other.
ANI 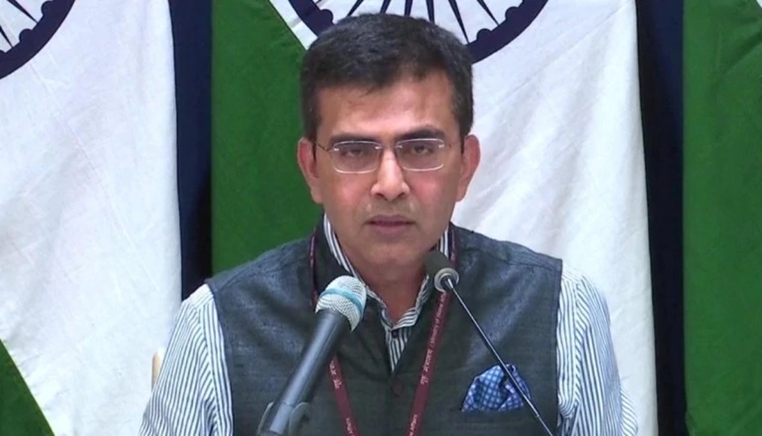 New Delhi: India on Thursday wondered if the arrest of Mumbai terror attacks mastermind and Jamat-ud-Dawa (JuD) chief Hafiz Saeed this time would be "more than a cosmetic exercise" as Pakistan has enacted the "drama" of his arrest and release eight times since 2001.

Responding to reports of Saeed's arrest in Lahore on Wednesday, Ministry of External Affairs spokesperson Raveesh Kumar said: "This is not the first time that Hafiz Saeed has been arrested or detained.

"This drama has taken place at least eight times since 2001. The question is whether this time it would be more than a cosmetic exercise and whether Saeed will be tried and sentenced for his terrorist activities," he said at a weekly media briefing.

He reiterated India's stand that "effective action mandated internationally against Hafiz Saeed and his terrorist organisations is an obligation on the part of all UN member states, including Pakistan. He also carries a reward of $10 million under US law".

Kumar said that Saeed and his front organisations - Lashkar-e-Taiba and the JuD - "recruit and train hundreds and thousands of persons and motivate and indoctrinate them on a violent agenda against India".

The Financial Action Task Force (FATF) "has drawn attention to the clear evidence that organisations supported by Saeed continue to be involved in supporting and financing terrorist activities".

"We hope that this time Hafiz Saeed will genuinely be brought to justice," he added.

India has long maintained that the United Nations Security Council 1267 provisions relating to the listing and proscribing of terrorist groups and individuals "must be effectively and sincerely enforced by all member states," he said.

On Wednesday, Saeed, who was travelling to Gujranwala from Lahore to appear before an anti-terrorism court to seek pre-arrest bail, was taken into custody.

Saeed was later presented in an anti-terrorism court and sent to prison.

The arrest comes days ahead of Pakistan Prime Minister Imran Khan's visit to the US where he is to meet President Donald Trump at the White House.

Earlier this month, Pakistani authorities had filed 23 cases against Saeed and his aides for terror financing. At the time, the MEA had also termed the steps by Pakistan as "cosmetic steps", and said that Islamabad's sincerity would be judged on the basis of its taking "verifiable, credible and irreversible action" on terror and not "half-hearted measures".