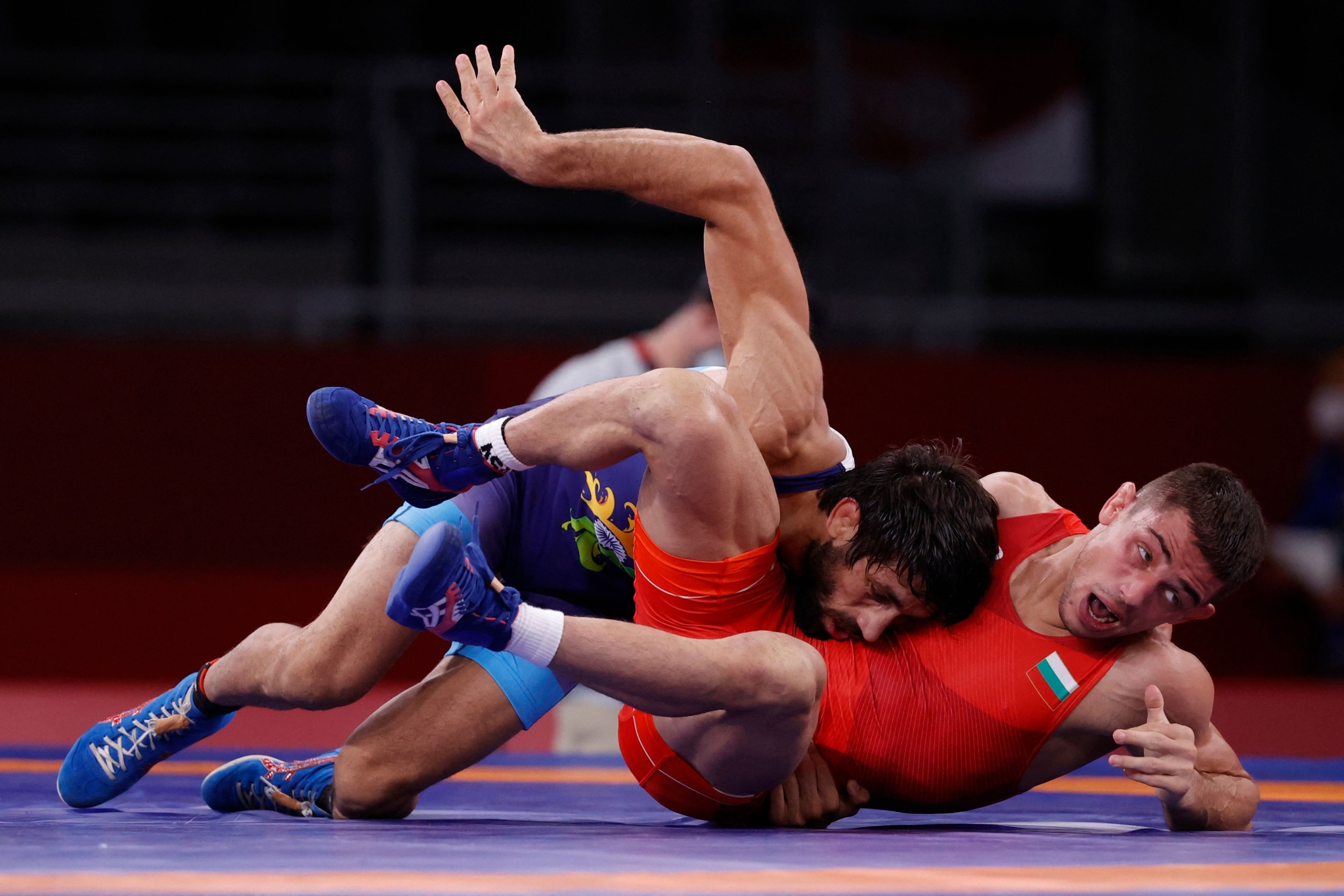 Ravi Kumar Dahiya made a historic comeback to defeat double World medallist Nurislam Sanayev of Kazakhstan in the men's 57kg freestyle semifinal and reach the final of the Tokyo Olympics on Wednesday.

Ravi Kumar, who led 2-1 in the first period, trailed 2-9 early in the second with the injured Kazakh employing a takedown followed by a series of twists by holding the Indian's legs.

Earlier in the day, Dahiya stormed into the quarter-finals of the men's freestyle 57kg category after overpowering Colombia's Oscar Eduardo Tigreros Urbano. He comfortably overcame the challenge of Oscar Eduardo by the Technical Superiority of 13-2. Deepak Punia had progressed into the quarter-finals of Men's Freestyle 86kg after defeating Nigeria's Ekerekeme Agiomor. Punia defeated Nigerian by the Technical Superiority of 12-1.

Next, Deepak Punia will face USA's David Morris Taylor in the men's 86kg freestyle at around 3.30 pm. Taylor was the 2018 World Champion in this weight category.

The fourth seeded Indian was trailing 2-9 when Sanayev effected a few 'fitley' (leg lace) moves to pull ahead but as the clocked ticked away, Dahiya regrouped and got hold of his rival with a double leg attack that resulted in a victory by fall.

Before this, Sushil Kumar was the only Indian to make the gold medal bout in 2012 London Games and settle for a silver.

The 23-year Dahiya had won both his previous bouts on technical superiority en route the final.

KD Jadhav had become India's first wrestler -- and the first individual Olympic medallist -- to win a bronze at the 1952 Helsinki Games.

After that, Sushil enhanced wrestling's profile by winning a bronze at the 2008 Beijing Games and bettered the colour of the medal by claiming a historic silver in 2012 London Olympics.

That made Sushil India's only athlete with two individual Olympic medals for nine years, a feat that has now been matched by shuttler PV Sindhu.

In the same 2012 London Games, Yohesgwar Dutt won a bronze.

Sakshi Malik became the first Indian woman wrestler to win an Olympic medal when she took a bronze in the 2016 Rio Games.