Coach Erik ten Hag blamed the players and not the plan after Manchester United's calamitous 4-0 defeat at Brentford.

"You can have a good plan, but then you put the plan in the bin. I think it's nothing to do with tactics," Erik ten Hag said after the defeat against Brentford.

"The first two goals are about dealing with the ball and decisions. I think they follow my instructions but they make bad decisions. This is football, it's a game of mistakes and we got punished," he added.

Manchester United suffered one of their worst defeats in Premier League history as Erik ten Hag's side barely laid a glove on Brentford in a 4-0 defeat on Saturday.

United are already in full-blown crisis mode after finding themselves four down at half-time through a mixture of defensive ineptitude and Brentford opportunism.

Goalkeeper David De Gea gifted the first two to Josh Dasilva and Mathias Jensen, Ben Mee helped himself to a third and Bryan Mbeumo hit a slick fourth on a chastening afternoon for the visitors.

The defeat means Ten Hag is the first manager to lose each of his first two games in charge of Manchester United since John Chapman, in 1921.

It also left United bottom of the top flight for the first time in more than three decades and Ten Hag questioning the hunger of his players.

"For one, Brentford were more hungry, and two, we conceded goals with individual mistakes," said Ten Hag.

"When the results are like this I can imagine (how the fans) are feeling. It's no good that we show that clearly, and we have to change that. We need more hunger on the pitch as a team and individuals."

De Gea let Dasilva's long-range shot slip through his fingers for the opening goal and five minutes later, in trying to play out of defence as Ten Hag demands, allowed Jensen to snaffle the second.

"He didn't have to release the ball there because we gave options and the players have to choose," insisted Ten Hag. "We said 'invite them and play long'. I'm confident that he can do it - and on the second goal, OK. He showed already in training and in the first games he can do that. I don't want to play from the back when it's not possible. It was naive how we played today. You have to play more direct. It's clear at this level that's not the standard we want to act."

"I subbed three but I could have changed them all," he said. "We wanted to bring some fresh energy in the game, not specifically the ones who got subbed because I don't think that's honest to them." 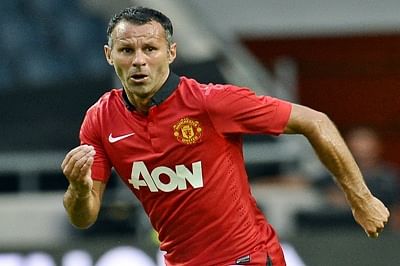