Football fans clashed with cops in Europe after France's victory over Morocco in the FIFA World Cup 2022 on Wednesday night.

Theo Hernandez and Randal Kolo Muani's goals guided defending champions France to a 2-0 win over Morocco in the semi-final being played at the Al Bayt Stadium and set up a final clash with two-time champions Argentina in the FIFA World Cup 2022. 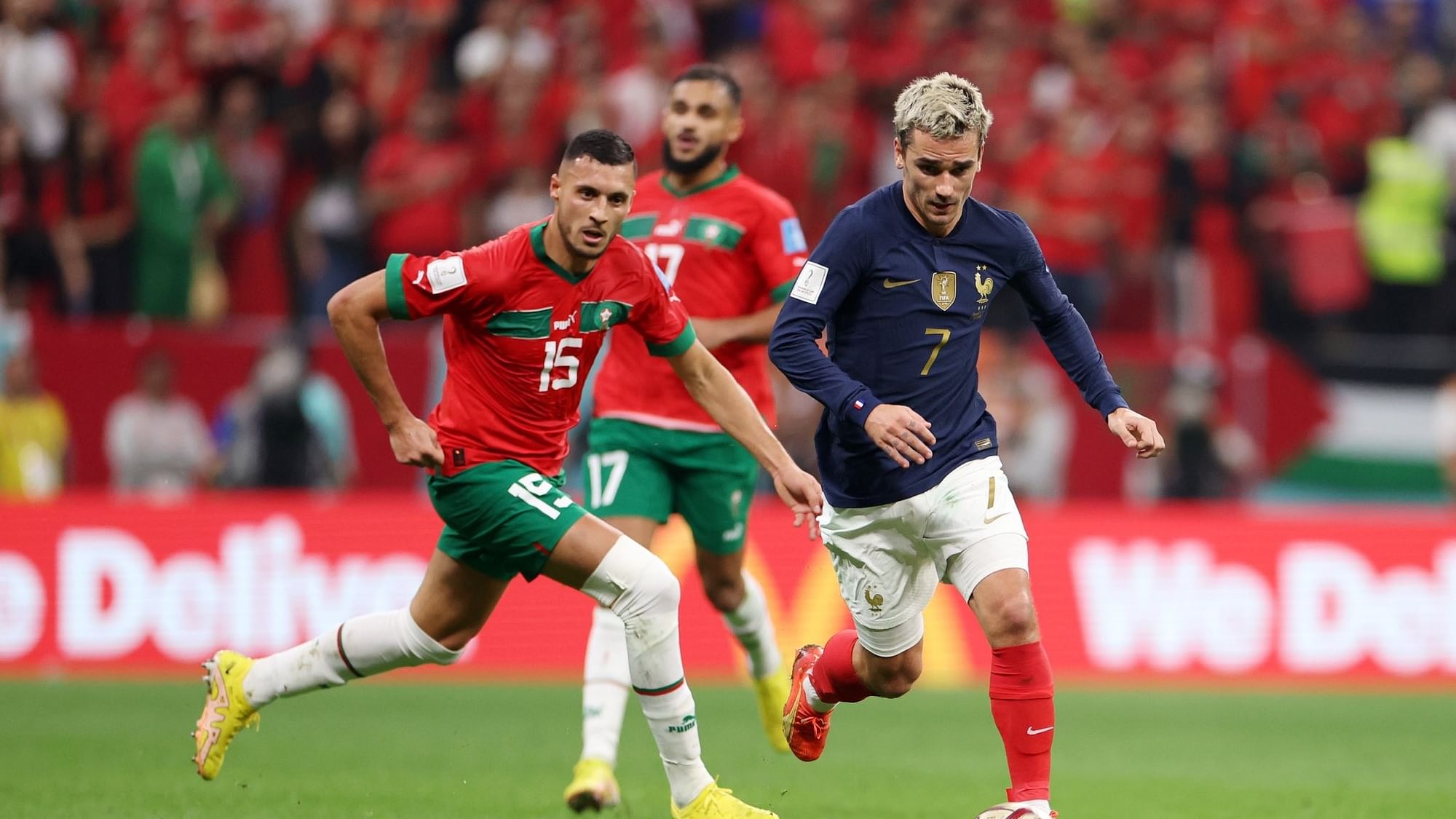 According to a report in The Sun, cops were hit by fireworks in Paris as thousands thronged the streets to celebrate after France’s win.

Videos doing the rounds of social media showed cops being forced to take cover as fans bombarded them with fireworks before the officers.

Another video from the French capital showed police clashing with fans as they set off flares at the Champs Elysees.

Rowdy fans chanted as hundreds of cars paraded past the crowds sounding their horns and waving flags from the windows.

French cops said 115 arrests had been made in Paris by the early hours of Thursday morning, Le Parisien reports.

#Breaking: Update - First heavy clashes with french riot police engaging with Moroccan fans on the arc de triomphe at the #ChampsElysees, #Paris, #France, at the fans were throwing rocks and other kinds of projectiles towards French celebrating French people and their vehicles. pic.twitter.com/tUxof0uzSt

France beat Morocco
And the Moroccan riots have started
So far, in Paris, the Netherlands, Brussels, Lyon, & in Montpellier where a rioter appears to have been killed
It will get worse tonight, and in the future#DiversityIsOurStrength..... pic.twitter.com/lOUo1sjBEO

A spokesman for the Herault government said: "A young boy was violently hit on Wednesday evening in Montpellier by a car following the semi-final match of the World Cup.

"He was transferred to hospital in an absolute emergency. He died shortly after receiving medical care."