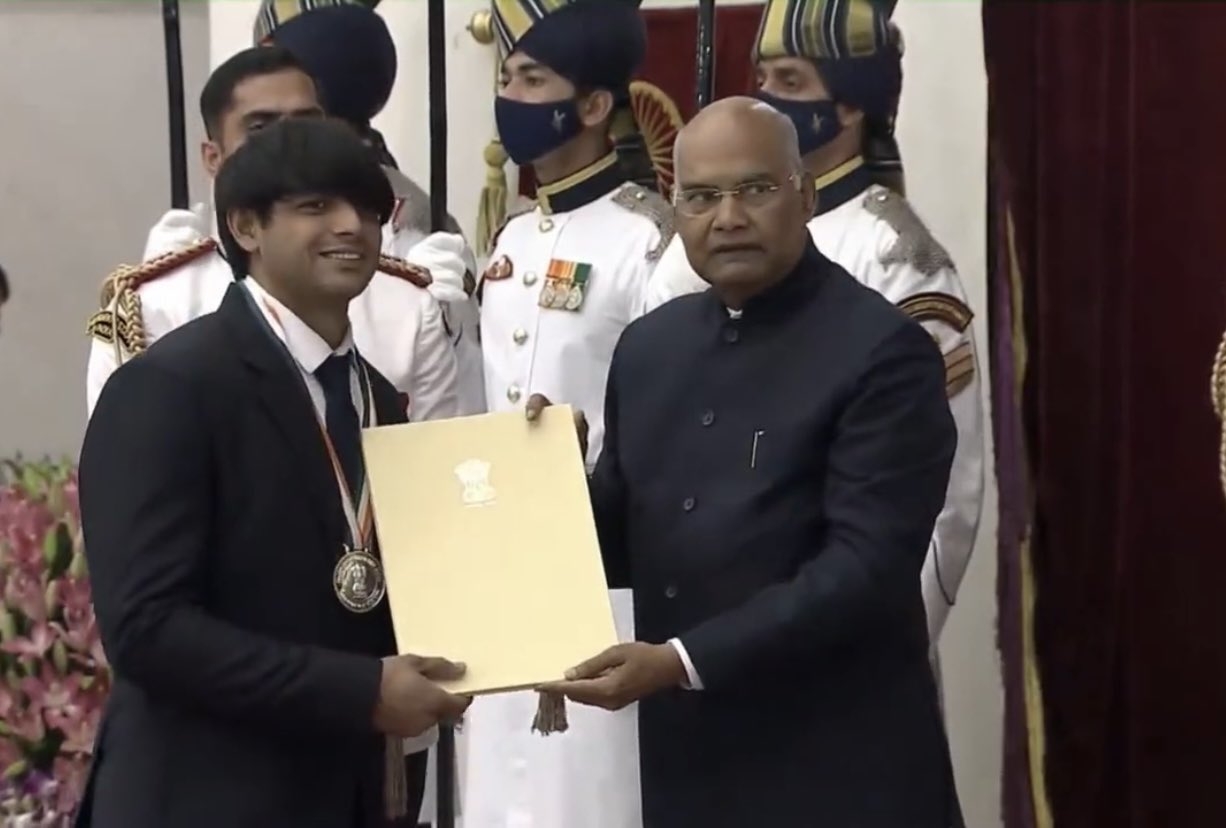 Neeraj had an outstanding 2021 as this year in August he clinched the gold medal in javelin throw at the Tokyo Olympics 2021.

A total of 35 Indian athletes have been awarded the Arjuna Award which includes members of the Indian Hockey Team which won the Bronze medal at the Tokyo Olympics earlier in the year.