New Zealand cricket great Chris Cairns said he was "facing possibly the greatest challenge" of his life after being left paralysed following a stroke during a heart operation.
FPJ Web Desk 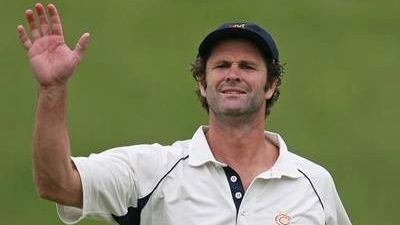 Former New Zealand cricketer Chris Cairns on Monday took on social media and expressed that he was "facing possibly the greatest challenge" of his life after being left paralysed following a stroke during a heart operation.

Cairns, underwent life-saving surgery in August when a tear developed in the lining of a major artery. The 51-year-old, had an emergency operation in Sydney but endured a stroke during the process, leaving him unable to use his legs. In his first comments since, he shared a video message on social media wherein he thanked the surgeons, doctors, nurses who ‘saved his life’, acknowledging there was "a long road ahead".

"Just over six weeks ago, I suffered a type-A aortic dissection, which essentially means there's a tear in one of the major arteries of the heart," he said.

"I had several surgeries and grafts and very thankfully the specialists were able to save the heart itself.

"One of the complications that arose was a spinal stroke which in itself will provide me with possibly the greatest challenge I've ever faced in rehab going forward."

However, match-fixing allegations that were strongly denied by Cairns had largely overshadowed his on-field achievements and had resulted in two court cases. Nevertheless, the all rounder was cleared on both cases but complained his reputation had been "scorched" regardless.