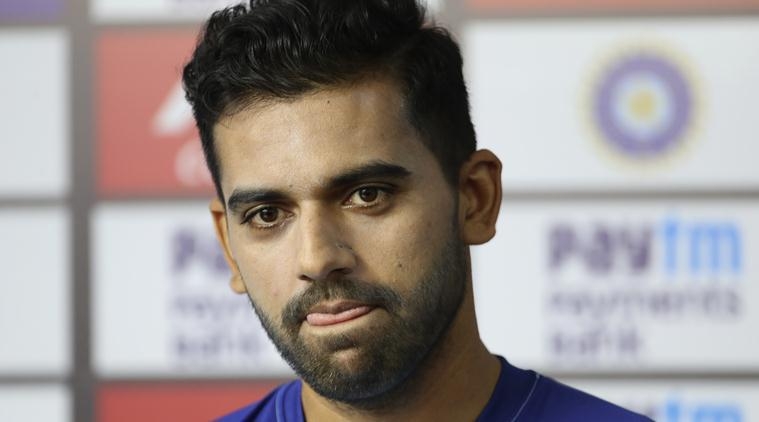 Indian fringe players would get one last chance to impress ahead of the IPL Mega Auction in the Vijay Hazare Trophy one-day cricket tournament beginning on Wednesday.

The auction is slated for January and a stand out performance in the 50-over event could lead to a hefty pay package with an IPL franchise.

The likes of Harshal Patel, Rahul Chahar, Deepak Chahar, who were not retained by their respective franchises in the IPL, would look to make it count when they represent their respective states in the domestic onedayers.

The IPL has seen a number of youngsters making it big overnight as it also has served a big platform to represent the country and it would be no different this time around. In the opening day's action, defending champions Mumbai will take on Tamil Nadu who would be riding high on the confidence of winning Syed Mushtaq Ali Trophy recently.

All-rounder Shams Mulani will lead Mumbai in their Elite Group B campaign in Trivandrum. Mulani had also captained the team when they had toured Oman and in absence of senior players, who are on national duty.

The team will have formidable left-handed opener Yashasvi Jaiswal along with Arman Jaffer, crisis man Siddhesh Lad and all-rounder Shivam Dube to bank upon, while the bowling attack will be led by experienced Dhawal Kulkarni.

The Tamil Nadu side would be bolstered by the inclusion of Dinesh Karthik and Washington Sundar as they would look to make amends of their show last season when they failed to make the last-eight.

Bengal will be boosted by the inclusion of senior batsman Anustup Majumdar who will give stability to their side as they open their campaign against Baroda who capped a poor show in the Syed Mushtaq Ali Trophy winning just one match out of five.

Sudip Chatterjee-led Bengal impressed in patches before bowing to Karnataka in the quarterfinals of the Syed Mushtaq Ali Trophy and they would look to go the distance in the fifty-over format.

In Maharashtra, all eyes would be on Ruturaj Gaikwad who was retained by his franchise Chennai Super Kings after a stupendous show as an opener that saw the MS Dhoni-led side clinch their fourth IPL title.

He will have a strong side with the likes of Rahul Tripathi and Naushad Shaikh to bank upon as they take on Madhya Pradesh in their group D opener in Rajkot.

The 2021-22 edition of the tournament will be played across seven Indian cities including Thiruvananthapuram, Chandigarh, Rajkot, Mumbai, Guwahati, Ranchi and Jaipur.

The group stage matches will be played in the round-robin style, with the top team from each Elite group qualifying for the quarter-finals.

While the second-placed Elite group teams and the side topping the Plate group will reach the last-eight stage after a pre-quarterfinal round.