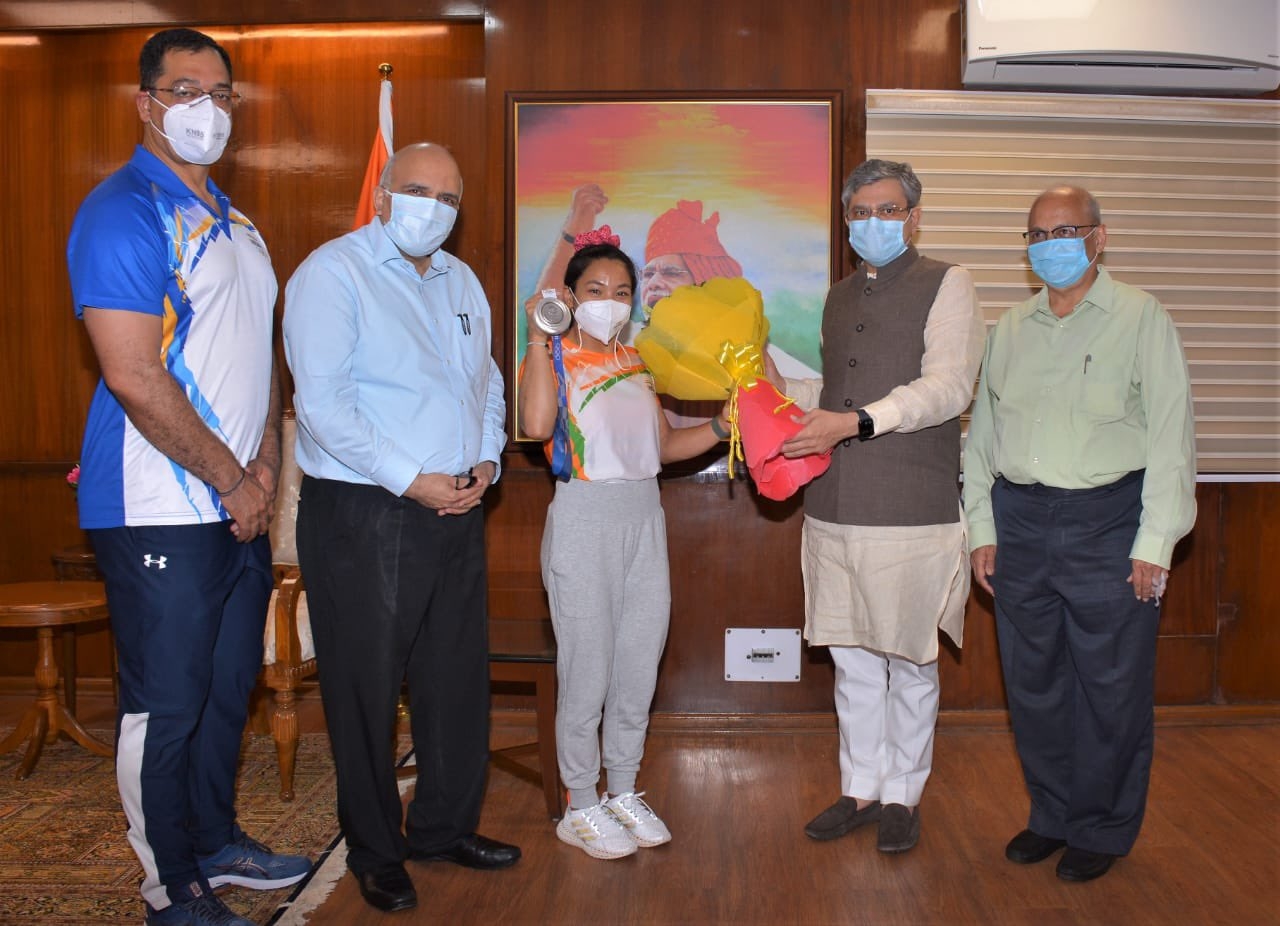 Union Railway Minister Ashwini Vaishnaw on Monday felicitated weightlifter Mirabai Chanu who won a silver medal in the Tokyo Olympics, and announced a reward of Rs 2 crore and a promotion in her job in the Northeast Frontier Railway.

Congratulating the Olympics medalist for her splendid performance, Railway Minister Ashwini Vaishnaw said Chanu has inspired billions around the world with her talent, handwork and grit.

"It was great to meet and congratulate the pride of India and honour of Indian Railways, Mirabai Chanu. Also felicitated her and announced Rs. 2 Cr, a promotion and more. She has inspired billions around the world with her talent, handwork and grit. Keep winning for India!" Ashwini Vaishnaw tweeted.

Indian weightlifter Mirabai Chanu and her coach Vijay Sharma on Monday returned to India after a brilliant performance in the ongoing Tokyo Olympics. Chanu received a warm welcome as the staff at the Delhi airport cheered for her upon her arrival.

Chanu, who returned to the country on Monday evening, lifted a total of 202kg (87kg+115kg) in the 49kg category to better Karnam Malleswari's bronze in the 2000 Sydney Olympics on Saturday.

Chanu, hailing from Manipur, was promoted as an Officer on Special Duty (Sports) in the Northeast Frontier Railway in April, 2018.