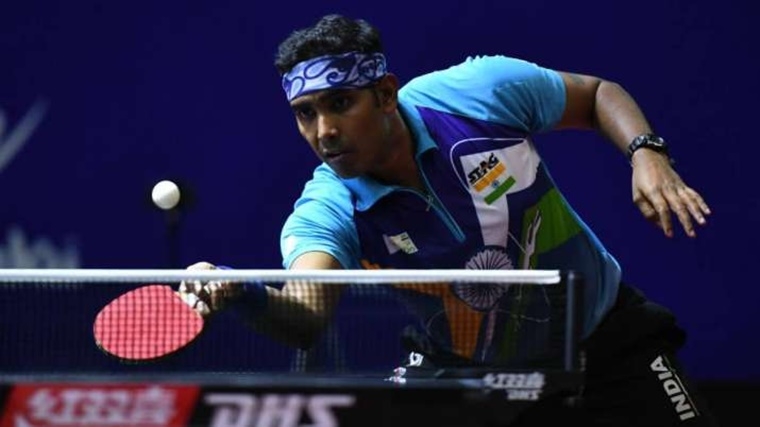 India’s Sharath Kamal on Monday progressed to Round 3 of the men's singles event after defeating Portugal's Tiago Apolonia here at Tokyo Metropolitan Gym -- Table 1 in the ongoing Tokyo Olympics.

Kamal defeated Tiago 4-2 in Round 2 of the men's singles event on Monday. The entire match lasted for 48 minutes. Tiago was in top form in Game 1 and as a result, he won it 11-2, creating pressure on Sharath at the very start.

Kamal continued with his momentum and he quickly went on to take a 5-0 lead in Game 3. The 39-year-old did not let go of this opportunity and he quickly took a 2-1 lead in the match.

Later in the day, Manika Batra will play her Round 3 match in the women's singles event here in the Olympics.