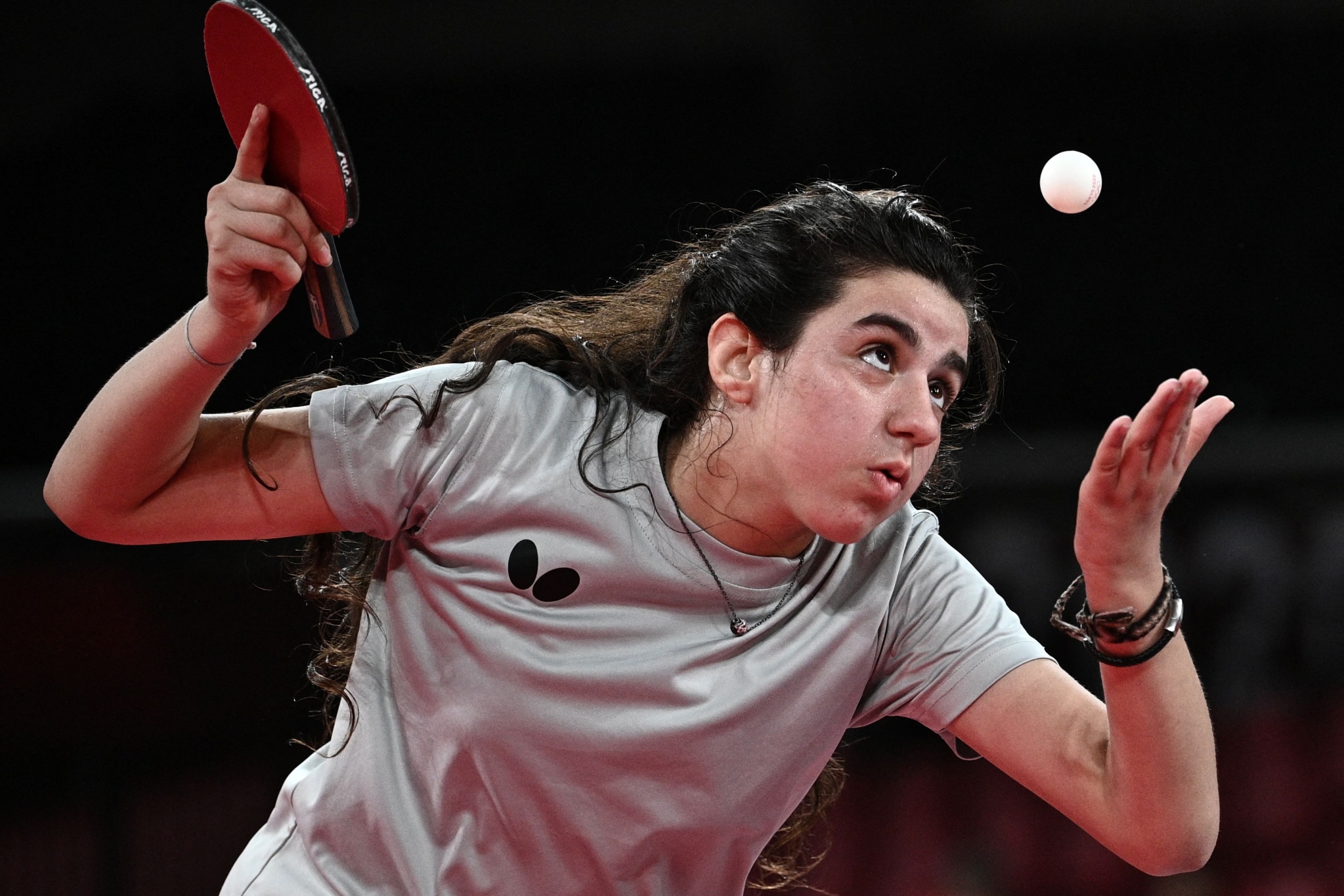 Syria's Hend Zaza hits a shot against Austria's Liu Jia during their women's singles preliminary round table tennis match at the Tokyo Metropolitan Gymnasium during the Tokyo 2020 Olympic Games in Tokyo on July 24, 2021. | Photo by Anne-Christine POUJOULAT / AFP

Here is what she had to say afterwards:

"Reaching Tokyo Olympics was already an achievement, I wasn’t asked to win, I was asked to play well. I think I had a good performance and I learned from the loss.

"We want to show that even though we are in the middle of the war, we must do something. To me, I did something, of course a girl 12 years old playing with 39 years old and taking 9 or 10 points, this is an achievement."

She had qualified for the Olympics when she was 11.

Born in 2009, Hend Zaza is the first Syrian to compete in the Olympic table tennis through qualification. Before her, fellow Syrian Heba Allejji had participated in the 2016 Rio Olympics but that was through invitation by the Tripartite Commission. She is not only the youngest in this Olympics but also the youngest ever to compete in Olympic table tennis and the fifth-youngest overall since the modern Olympics began.

Last year, as an 11-year-old, she had defeated then 42-year-old Mariana Sahakian of Lebanon in the West Asia Olympic Qualification Tournament in Jordan in February 2020 which opened her door to Tokyo.