Indian skipper Rohit Sharma is indeed a man of people. Often seen clicking pictures and talking to his fans in the crowd, the star batter gave an 11-year-old fan a moment he would remember for his lifetime.

Sharma let the kid bowl at him in the nets.

Eleven-year-old Drushil Chauhan was part of a morning event at the WACA ground in Perth. The Indian team arrived for their noon practice session. From their dressing room, they could see 100-odd young children playing cricket and it was Drushil who caught everyone's attention. He was given a chance to bowl to the Indian captain, Rohit Sharma.

"We were at the WACA for a noon practice session and kids were finishing their morning event. We could see 100-odd kids playing cricket from our dressing room. One caught everyone's attention, especially Rohit. Everyone was amazed by his smooth run-up, his natural talent and how he was beating the bat consistently. Rohit went out to ask him to bowl few balls in the nets. It was an amazing sight," said Hari Prasad Mohan, Team India's analyst, in a video posted by BCCI.

The analyst also revealed that Rohit was so impressed by Drushil's bowling that he invited the young kid to the team's dressing room, where he shared some moments with some of the world's biggest cricketing stars.

"I want to be a cricketer," said Drushil Chauhan, the boy who impressed Rohit Sharma with his bowling.

Drushil revealed that one of his favourite deliveries is an inswing yorker. He also likes to bowl outswing deliveries.

Rohit made Drushil's day even more memorable by signing some merchandise for him.

Team India will play two warm-up matches against Australia and New Zealand on October 17 and 19. Their T20 WC campaign will start with a high-octane match against arch-rivals Pakistan on October 23 at the iconic Melbourne Cricket Ground.

A fascinating story of Drushil Chauhan who caught the eye of #TeamIndia Captain & got invited to the nets and the Indian dressing room. 👏 👏 #T20WorldCup 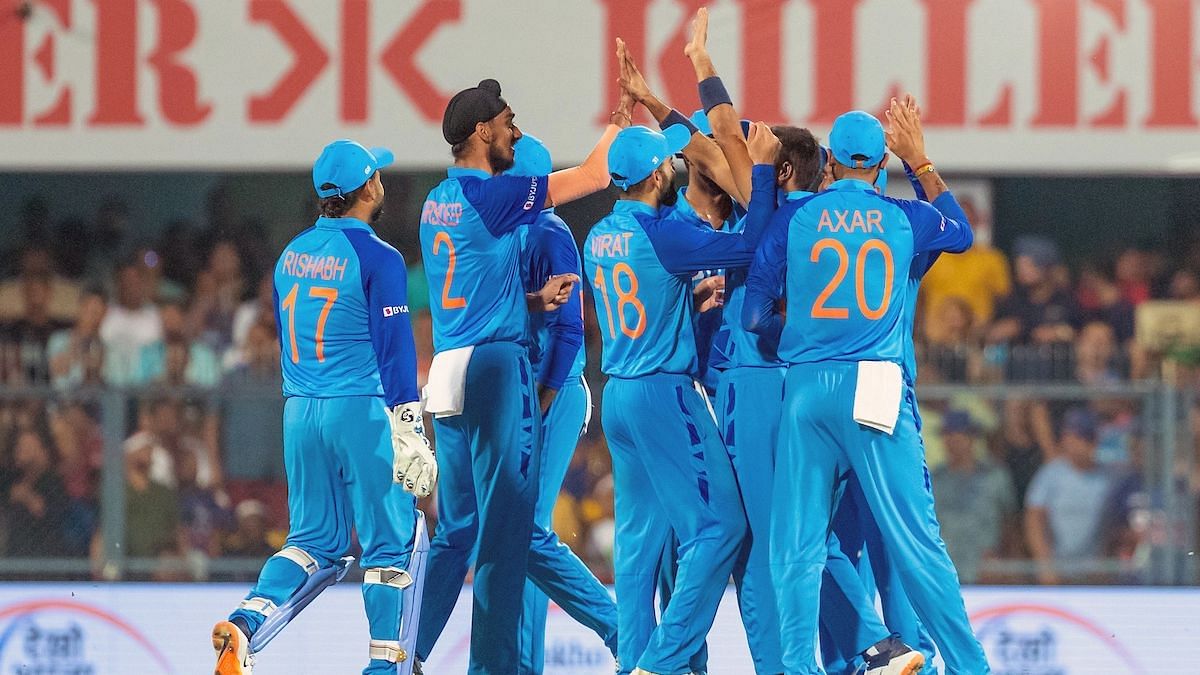