The rain has thrown the whole Group 1 wide open

Defending champions Australia’s hopes of retaining the crown was left hanging in balance after their highly-anticipated clash against England in Super 12 of Men's T20 World Cup on Friday was washed out due to rain without a ball being bowled at the Melbourne Cricket Ground on Friday.

Earlier in the day, another Group 1 match between Ireland and Afghanistan was also abandoned without a ball being bowled due to rain. Now, just like Afghanistan and Ireland split points, England and Australia will now share points from Friday's washout.

Australia and England were awarded one point each and now join table-toppers New Zealand and second-placed Ireland on three points in the Group 1 points table.

The next match from Group 1 will be played between New Zealand and Sri Lanka on Saturday at the Sydney Cricket Ground, with the winner of the clash having a chance to be on top of Group 1.

England's next match in the tournament will be against New Zealand at The Gabba in Brisbane on Tuesday, with Australia facing Ireland on Monday at the same venue.

The rain has thrown the whole Group 1 wide open Australia rose to fourth in Group 1 after the no result, keeping England in better control of their destiny given their vastly better net run rate (+0.239 vs -1.555).

The Aaron Finch-side will need to win their final two matches against Afghanistan and Ireland and hope for results to go their way in other matches.

Australia need England to drop points against New Zealand or Sri Lanka due to its poor net run rate. If England win both, Australia would then need Kiwis to lose to either Sri Lanka or Ireland.

If Sri Lanka beat New Zealand on Saturday, October 29, the situation will get more complicated with a four-way battle likely to come down to the wire.

If the remaining fixtures play out as expected, however, New Zealand, England and Australia would all be locked on seven points. It means Australia will need to register massive wins to boost its net run rate and hope it will be enough to overhaul the deficit.

At the end of the day, the weather will play a crucial role in deciding which teams qualifies for the semis.

Oct 31 vs Ireland: The Gabba, Brisbane

Nov 01, vs England: The Gabba, Brisbane 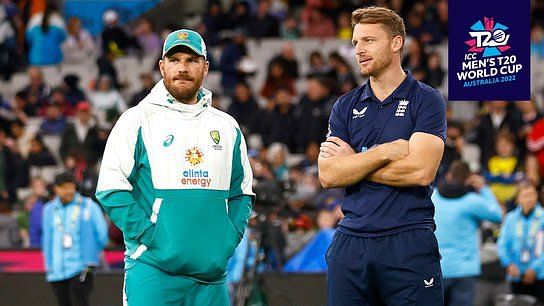