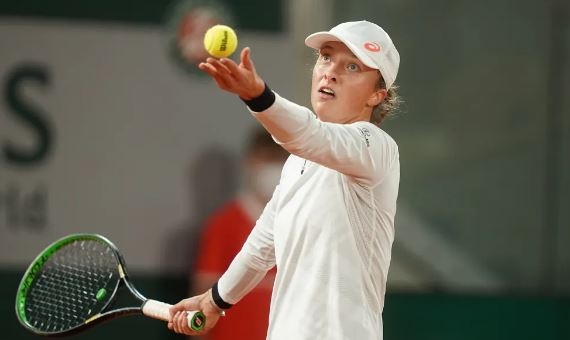 The 19-year-old becomes the seventh unseeded finalist in the French capital in the Open Era following her 6-2, 6-1 victory after 69 minutes.

Swiatek is the first Polish woman in the Roland-Garros final in 81 years and the first at any major since Agnieszka Radwanska at Wimbledon 2012.

“I’m kind of surprised really because I never would have thought before the tournament I’d be here,” Swiatek said. “On the other hand, I always knew if I was going to be in the final of a Grand Slam it’d be at Roland-Garros so it’s a dream come true.

“I wanted to play this match as if it was a first round because I didn’t want to think I was in a semi-final because it’d stress me. I just wanted to be aggressive like previous matches. I’m feeling good and like nothing hurts me."

Yet to drop a set all tournament, including a victory over top seed Simona Halep in the fourth round, Swiatek awaits either fourth seed Sofia Kenin or seventh seed Petra Kvitova in the final.

“Petra is like a superstar for many years," Swiatek said. "She's very experienced and Sofia, she’s on fire this year. But I don’t want to think about it right now. I’m happy I’m in the final.”

World No.131 Podoroska, who started the year ranked No.255, was bidding to become the first qualifier to reach a major final but was unable to back up her upset of No.5 seed Elina Svitolina.