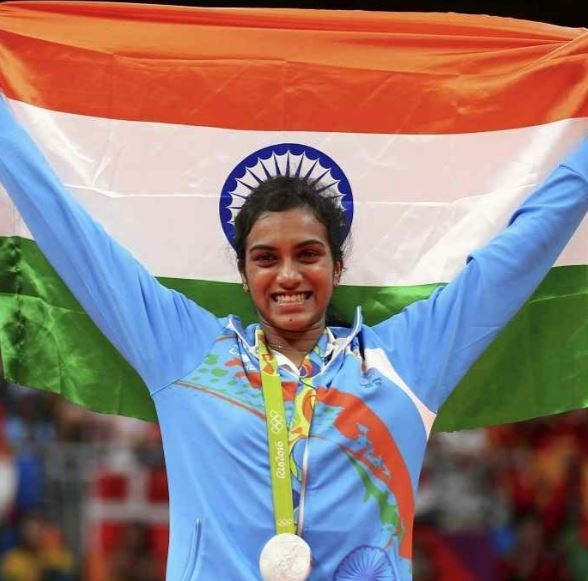 After a sedate start by the Indians at the Tokyo Olympics on the 10th day, PV Sindhu and the men’s hockey team lifted the spirits of the crores of people in the country with their wins in their respective encounters, on Sunday.

The victories were historic in their own way. Shuttler Sindhu scripted history by becoming the first Indian woman to collect two medals at the Olympics after defeating China's He Bingjiao (21-13, 21-15) for the bronze medal. Later, Manpreet-led hockey team made it to the Olympic semifinal after 49 years. They beat Great Britain 3-1 to cruise into the last four, on Sunday.

The day started with Satish Kumar (+91kg) putting up a gutsy performance against reigning world champion Bakhodir Jalolov, but it was not enough to upstage the rampaging Uzbek as the Indian boxer made a quarterfinal exit.

Taking the ring with multiple stitches on his forehead and chin after sustaining cuts in the pre-quarters, Satish lost 0-5, but the scoreline was not reflective of his brave performance.

Indian equestrian, Fouaad Mirza, picked up 11.20 penalty points and was placed 22nd after the cross-country round at the Olympics, on Sunday. A good round in the individual showjumping qualifier on Monday will ensure that Mirza, India's only equestrian at the Olympics in over two decades, and his horse Seigneur Medicott remain in the top 25 and make the eventing individual jumping final in the evening.

With this win, Sindhu becomes the second Indian after Sushil Kumar to win two individual Olympic medals. She had won a silver in the last Olympics in Rio after losing in the final to Carolina Marin. Sindhu had earlier lost to world no. 1, Tai Tzu Ying, in the last four on Saturday.

The immaculate Sindhu, who was off colour on Saturday, came back with renewed vigour on Sunday. She has not dropped a single game at this year's Olympics in the five matches that she won and her ten match wins at the Olympics. Incidentally, the most for an Indian badminton player. Saina Nehwal, who won bronze at the London Olympics in 2012, and the only other Indian badminton player to medal at the Olympics, is second with nine.

Sindhu had looked in tremendous form throughout the tournament and she started off confidently to open up a 4-0 lead in the opening game. She set the tone of the match early and the Chinese player was playing catch up throughout as Sindhu almost led from start to finish.

Great Britain's lone goal was scored by Sam Ward from a penalty corner in the 45th minute.

India will take on world champions Belgium in the semifinal on Tuesday.

India's last of the eight Olympic gold medals came way back in 1980 Moscow Games but there were no semifinals in that edition as only six teams participated in the event.

For a country that gave the world stalwarts like Major Dhyan Chand and Balbir Singh Senior among others, it has been especially painful to watch the hockey teams' Olympic debacles before this edition.

The last time India featured in the semifinals of the Olympics was in 1972 Munich Games where they lost 0-2 to arch-rivals Pakistan.

It was the edition in which American swimming legend Mark Spitz won seven gold medals, a feat which was overshadowed by the massacre of 11 Israeli athletes and coaches by Palestinian terrorists at the Olympic Village.

Belgium defeated Spain 3-1 in another quarterfinal to seal their place in the last four round.

The other semifinal of the men's hockey competition will be played between Australia and Germany.