Returned to help Barcelona recover, says Dani Alves as he steps BAREFOOT on the field at Camp Nou 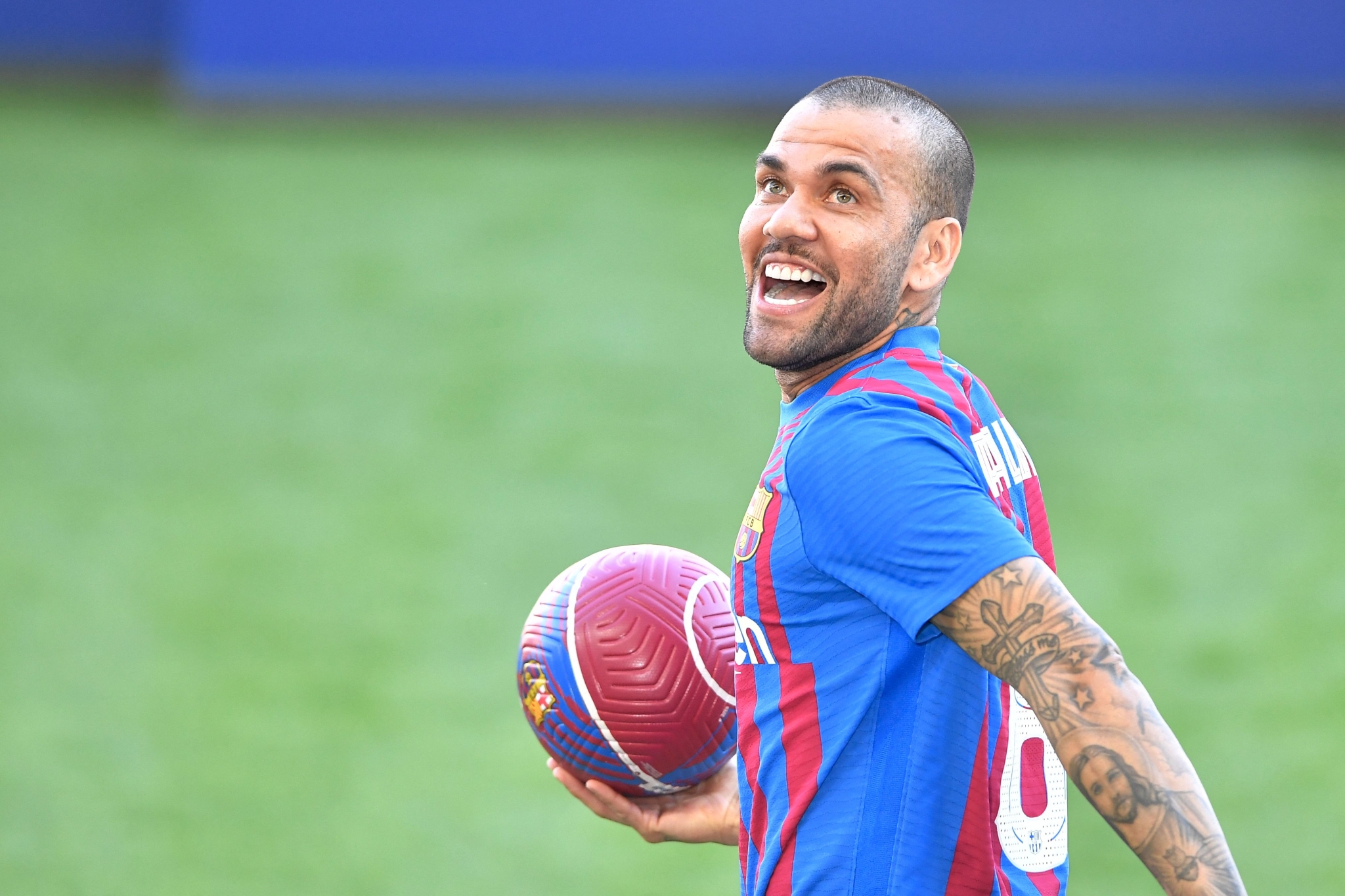 Dani Alves during his unveiling on Wednesday | Photo: AFP

Stepping barefoot onto the field at Camp Nou Stadium, Dani Alves was cheered by a crowd of more than 10,000 as he was introduced to Barcelona fans again, saying he insisted on returning to help put the Catalan club back on track.

The 38-year-old Brazil defender said he will be ready to fight for a starting spot when he is eligible to play in January.

"I come to compete, not just to spend time and live in Barcelona," Alves said on Wednesday.

"I come to play and to fight for a spot on the team. I'm not back just because I have a very good relationship with the coach or the president. With hard work I'll try to contribute anyway I can." 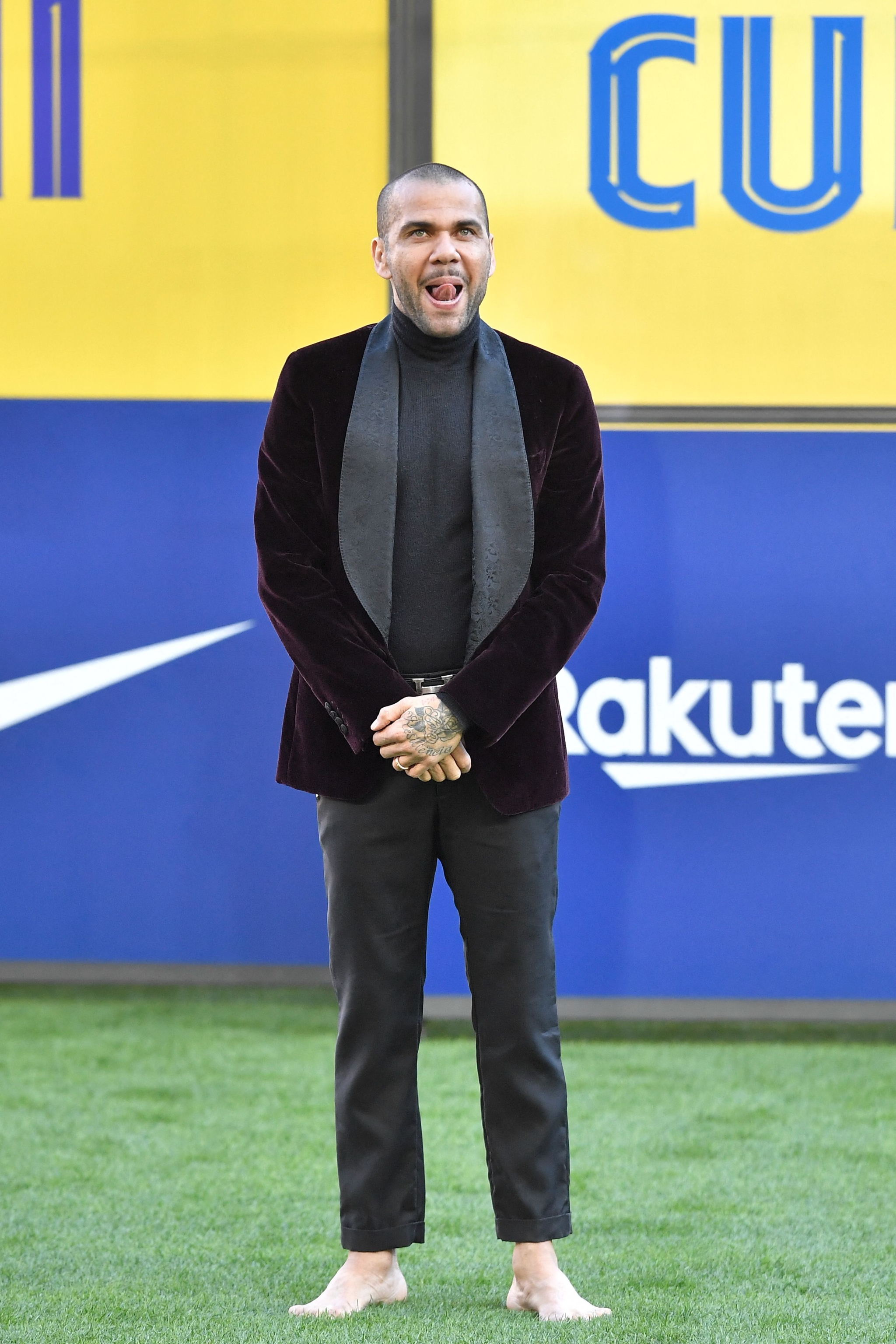 Alves was without a club since leaving Brazilian team Säo Paulo in September. He signed a contract with Barcelona until the end of the season, the club’s first campaign without Lionel Messi in nearly two decades.

A crowd bigger than the one that welcomed new coach Xavi Hernández was at Camp Nou as club president Joan Laporta introduced Alves, who took off the sandals he was wearing before stepping onto the field.

“I had to get serious with the president and insisted that I wanted to come back,” Alves said.

“I knew I could help. Then I got a call from Xavi and everything after that was very easy. When you want something you can make it happen. Money is not the most important thing. It's not time to think about money. It's time to return to help Barca. Everything else is secondary.”

I knew I could help. Then I got a call from Xavi and everything after that was very easy. When you want something you can make it happen. Money is not the most important thing. It's not time to think about money. It's time to return to help Barca. Everything else is secondary."

Alves arrived as a free agent but details about his salary were not released by the club.

Barcelona has been enduring one of its worst crises amid unprecedented financial difficulties that began before the coronavirus pandemic.

Xavi, Alves' former teammate, took over the club after Ronald Koeman was fired because of the team's poor results this season. Barcelona is ninth in the Spanish league and got off to a bad start in its Champions League campaign.

Alves was part of Barcelona's greatest era from 2008 to 2016, helping the club win 23 titles, including three Champions League and six Spanish league titles. He scored 23 goals in 391 games for Barcelona before leaving to play for Juventus, Paris Saint-Germain and then São Paulo, where he fell out with club officials over money he was owed.

Alves said his goal is to play with Brazil at next year's World Cup, and that will depend on his performances with Barcelona.