In Gujarat Titans' march to IPL 2022 playoffs, Hardik Pandya has led from the front in making the tournament newbies a force to reckon with.

With Pandya earning praise for his leadership skills, his teammate and senior pacer Mohammed Shami admitted that he has seen changes in Pandya after being entrusted with captaincy.

"It is very important that as a leader, he gives guidance, as if he is the head of the family. It makes being sensible and understanding the situation very important, which he has managed very well and has handled the unit very nicely. I see a lot of changes in him as captain as compared to a player," said Shami in a virtual media interaction organised by the franchise on Friday.

Shami pointed out that Pandya has now settled as a leader. "In the first two matches, he seemed to be a rushing mind but now slowly and steadily, we have completed 12 matches, he has been very sensible and chilled and has been managing things very well. First time captaincy is never easy for anyone as there is a lot of pressure. When you are captaining at a big platform, load is there. The captain needs a lot of support from the senior players, coaches, which we have been providing."

"Every captain has a different behaviour, different ways and thinks in contrasting manner. Like, Mahi bhai used to be very quiet, Virat used to be aggressive and Rohit's demeanour is dependent on how to manage the situation. Hardik is like that only, nothing new and no rocket science behind it," he said.

Shami revealed that he had advised Pandya on controlling his on-field reactions before Gujarat started their campaign. "It (Pandya's captaincy) has been very good. You must have seen his nature that he has been a little bit aggressive but he's chilled out too. But since the time has got the captaincy, he has become very normal and some of his reactions have become less. I had told him on the ground that please control your reactions as the whole world is watching the game."

"I used to tell him always that be less reactive on screen, like, 'there is a lot of responsibility on you. Be in control' Everyone in the networking side, including people in media, pick things very quickly. Sometimes things that haven't been thought about suddenly start looking like what is happening. I further told him, 'Till now, you have played as a player but now the responsibility has come on you. You have to manage well, like which player has to be used and when, what has to be done in which conditions, you have to take the load well.'"

Shami further praised head coach, former India left-arm pacer Ashish Nehra, on managing and bringing the team together as a tight-knit family. "As a coach, being chilled out is very important and how you keep the team together and manage them well as a family is extremely important. Ashish bhai has managed this very well. Everyone knows that he was a very good player and if you go by his stats, you will automatically realise what he has done for the country."

"As a player and coach, it is always there in our mind that we have to perform well for the country by winning this match. But we think about the match for some time, then we switch our minds off. As a coach, it becomes extremely important that you keep conversing with people throughout the tournament and how to extract performances from someone or give them the push or pull. There are a lot of responsibilities of the head coach, which he has been carrying very well." 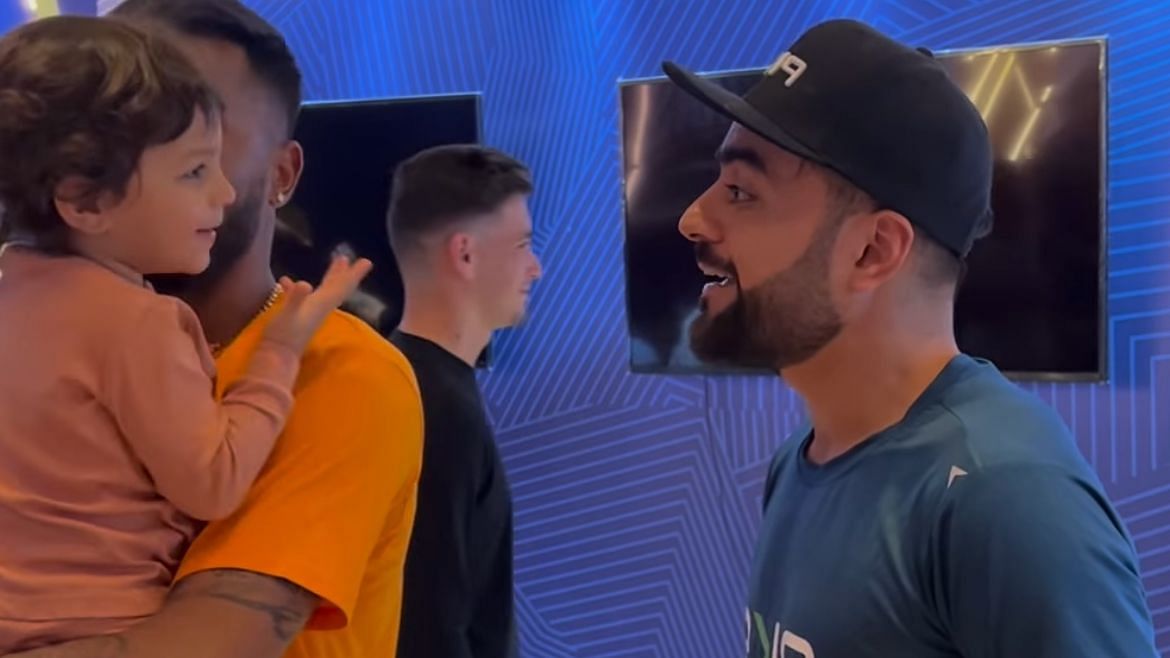