Phantom Stars is team to beat this year: Sanil Shetty 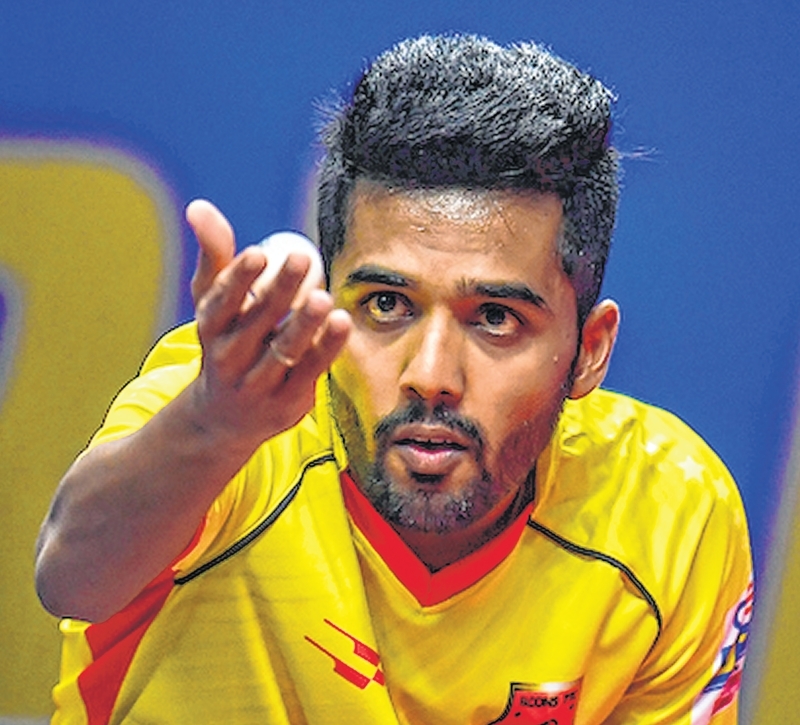 Mumbai: The 2018 Commonwealth Games gold medallist, Sanil Shetty of Mumbai, feels that for The Topspinners to win this year’s tournament, they will have to produce top quality table tennis to overcome other talented teams.

“All the teams are very well balanced and Mumbai Super League (MSL) promises more excitement this time, but to pick one team that I feel will be the most challenging from our group, it has to be the Phantom Stars who have the experience of Mamta Prabhu and energy of Ravindra Kotian with them.

After failing to make the semi-finals last year, The Topspinners have chosen Sanil Shetty to be their impact player for this year’s MSL. He was roped in by the franchise for Rs 28,500 at the recently held auction.

The 29-year-old Sanil, who is headed to the national camp in Delhi, feels that it is important to keep improving on speed and fitness to match the new crop of players. “I will be skipping the German League to focus more on my mental conditioning, fitness and technique in the next one month to prepare myself for upcoming pro tours and domestic tournaments.”

Currently coached by Sandeep Gupta, Sanil knows that to realise his dream of representing India at Tokyo Olympics next year, he will have to perform out of his skin in the upcoming national and international tournaments to climb up in the Indian rankings.

“My aim is to first be in the top 3 Indian players’ category and improve my game in singles,” he said. The Mumbai Super League auctions had a pool of 90 players in various categories, including Men, Women, Junior Boys, Junior Girls, Cadet Boys and Veterans, and each of the 10 franchises had a purse of Rs 1,05,000 to build their team.

Sixteen-year-old Diya Chitale, who has had stellar year at the international level, emerged as the most valuable player in the auction as she was bagged by Ping Panthers for a fee of Rs 38,000. Last year’s champions Blazing Bashers too opted for youngsters, going for young Raegan Albuquerque (World No. 57; U-18 Boys). ACE, last year’s runners-up, recruited Senhora D’souza, a player who had hurt them in the finals.

The 10 franchises – ACE, Blazing Bashers, Century Warriors, King Pong, Kool Smashers, Phantom Stars, Ping Panthers, Supreme Fighters, The Topspinners, West Coast Rangers – are drawn in two groups of five teams each. The two toppers from each group after a league phase will play the semifinals. The tournament begins on May 30 and concludes on June 2, 2019.