Ritu Phogat will face Meng Bo in the quarterfinal round of the tournament which commences from Friday night at ONE: Empower, live from the Singapore Indoor Stadium
FPJ Web Desk 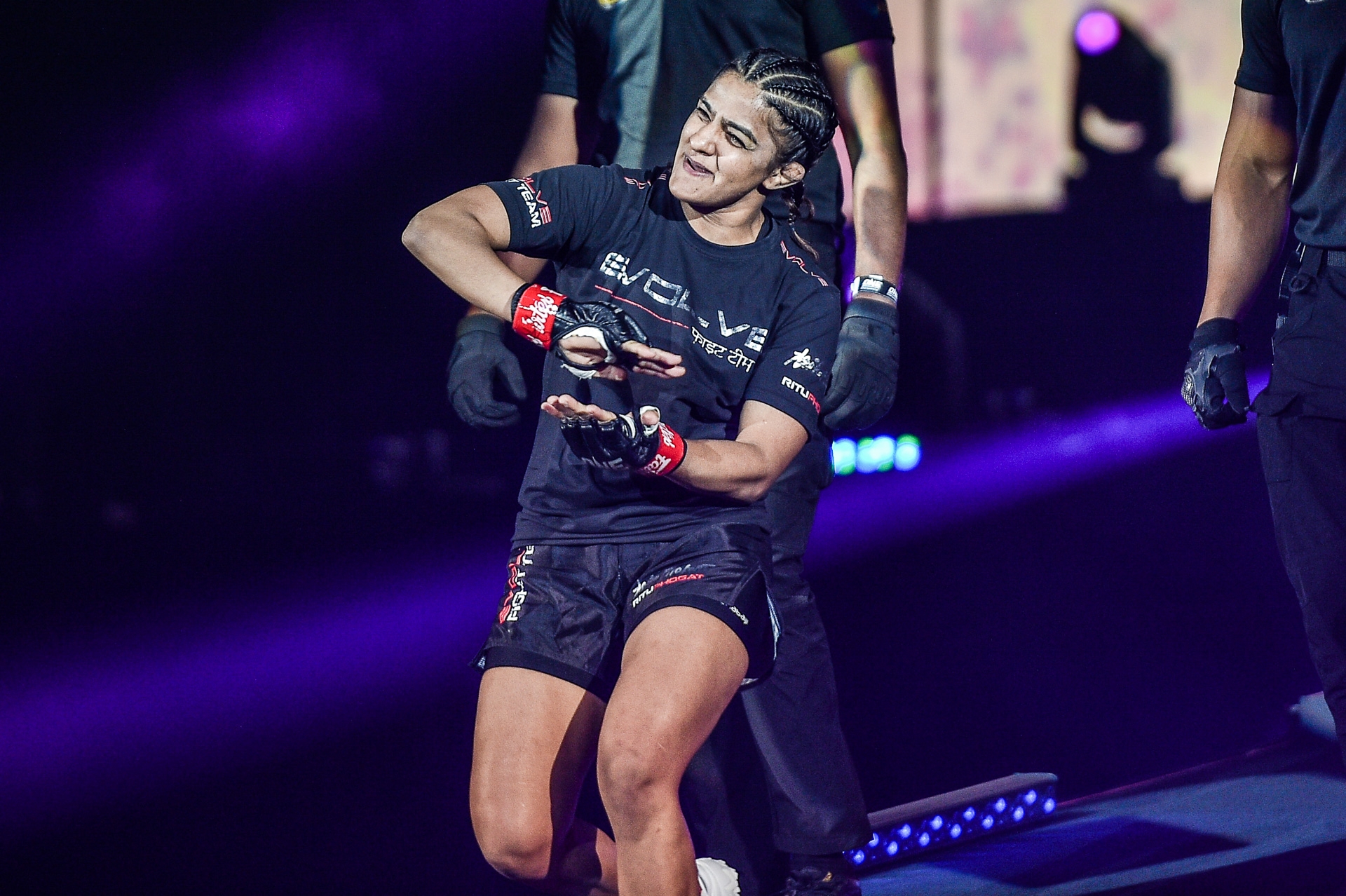 Singapore, 1st September 2021: Top ONE Championship atomweight contender Ritu “The Indian Tigress” Phogat spoke to media from all around the world today at the official ONE: EMPOWER virtual media faceoff interviews, and had one message for her upcoming opponent, China’s Meng Bo: ‘Do not underestimate me.’

The 27-year-old Indian wrestling icon is back in the highly anticipated ONE Women’s Atomweight World Grand Prix following a comprehensive victory over Lin Heqin last July. She will face Meng Bo in the quarterfinal round of the tournament which commences this Friday night, September 3 at ONE: EMPOWER, live from the Singapore Indoor Stadium.

“I’m extremely excited to be back in the Grand Prix. Featuring on the all-women ONE: EMPOWER card feels surreal and fulfilling but we are only halfway through the journey of making ourselves invincible in the MMA space. I’ve always maintained from day one that I belong in the Grand Prix, and I’ve proved my mettle once again. I strongly believe that I deserve to be here and it is a homecoming for me,” Phogat said. 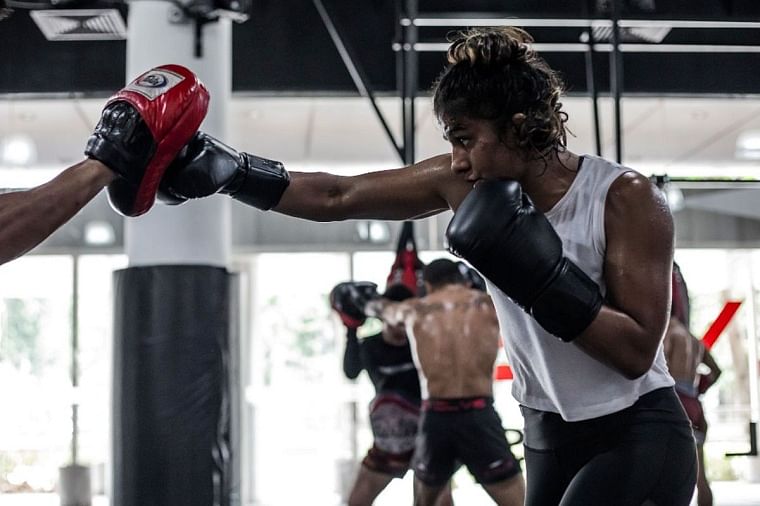 “Every fight is a learning experience and I learned invaluable lessons with every fight I endured. The last fight has made me more confident as an MMA professional and you will get to see that confidence in the next fight.”

Meng Bo is ranked #2 at atomweight in ONE Championship. The confident Chinese star is on a six-fight winning streak, which includes three victories in the Circle.

Phogat understands the legitimate threat that stands before her, but is also quick to remind her opponent that she too is a formidable foe.

“My last match bears witness to the grit, determination and undaunting spirit of women in India. We don't talk, just act. Don't say, just show. Don't just promise but prove! I have all that it takes to make it one of the most formidable face-offs for Meng Bo. She may have more experience but I have persistence, passion, purpose and the love and prayers of my fans, family and friends on my side. All I want to say is that don't underestimate me or mistake me to be one of your sheep. You would have started first but I am going to finish fierce, strong and victorious. I will ensure this is one of the most unforgettable matches of our careers,” Phogat said.

“If you follow my progress, my striking has improved. I have been working really hard towards honing my striking skills and it is something that you will witness in my next match. I’ve been training extremely hard and all the training that I have done, you will witness this September 3rd.”

Growing confident in her skill set by the day, Phogat says she doesn’t succumb to the pressure she feels ahead of her bouts, but instead uses it to fuel her drive to win. She is confident she can rise to the occasion once again and beat Meng Bo to advance to the next round of the tournament.

“I’ve been training extremely hard for this. I have been working on all my skill sets. All that I’ve learned, it’s time to implement. The training is over, now it is time for the final tests,” Phogat said.

“Pressure doesn't bring me down. In fact, the love and hope of my fans are a driver for me rather than a deterrent. That is what keeps me going and it encourages and motivates me to keep getting better at my game.”

If Phogat wins, she will move on to the semifinal round of the Grand Prix. From there, she needs two more victories to become the tournament champion.

Phogat wants everyone to know that even though she’s young and relatively inexperienced, you can’t just write her off. She’s a woman on a mission, and she will stop at nothing to achieve her goal of becoming a ONE World Champion.

“I would like to reiterate that you should not underestimate the power of Ritu Phogat. I’m just like my name, an Indian tigress who is out on the prowl and you will see that come [fight night],” Phogat said.

“By winning the ONE Championship belt, I want to open the floodgates for Indian MMA aspirants. I want to be a driving force folr the young Indian aspirants so that we can make the sport more mainstream in India and represent the country on the global stage.”

Watch the event on Disney + Hotstar or Star Sports Select 1 beginning with the lead card at 5 p.m. India Standard Time (IST) on Friday, 3 September. It will also be available on ONE Championship app and YouTube page too. 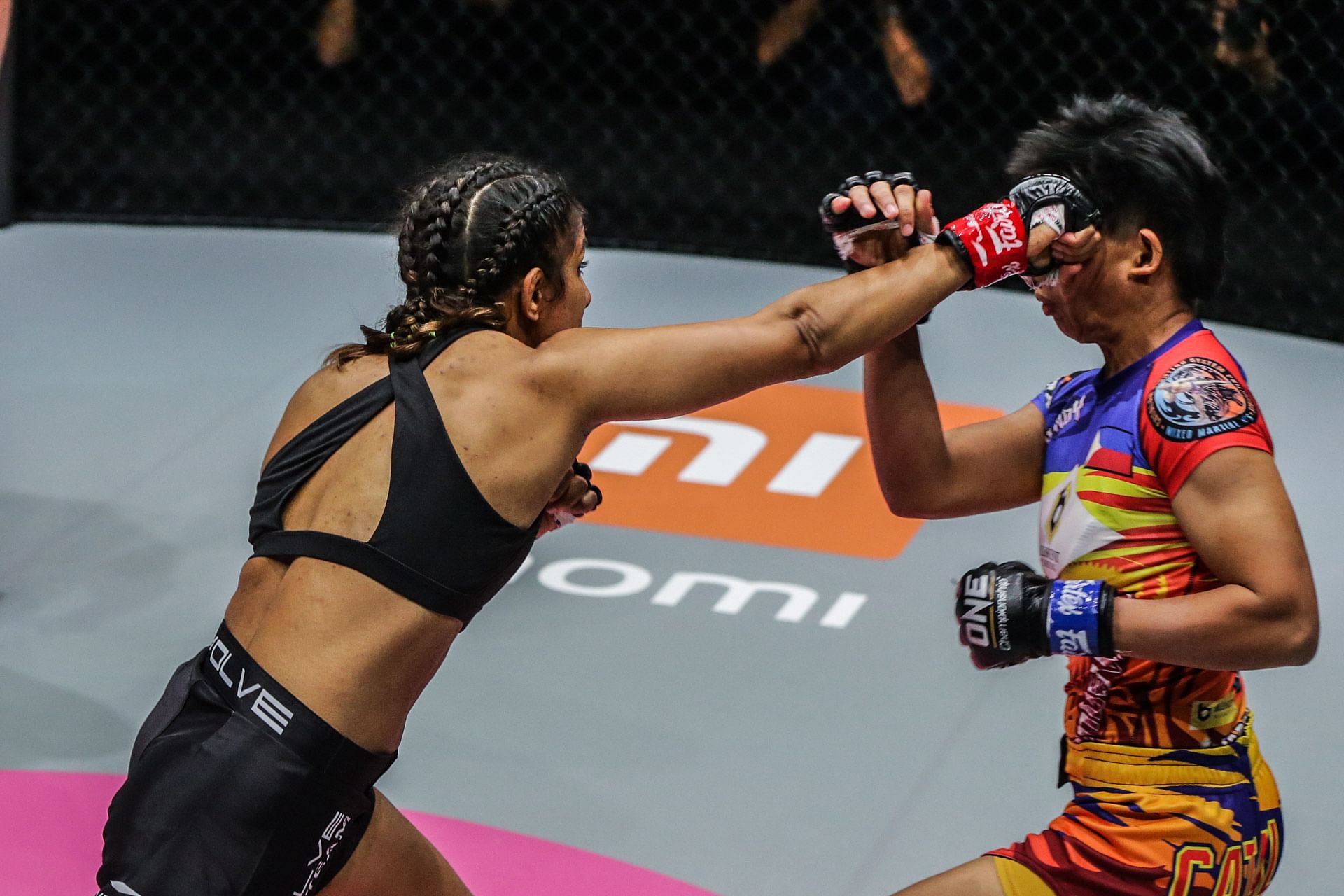