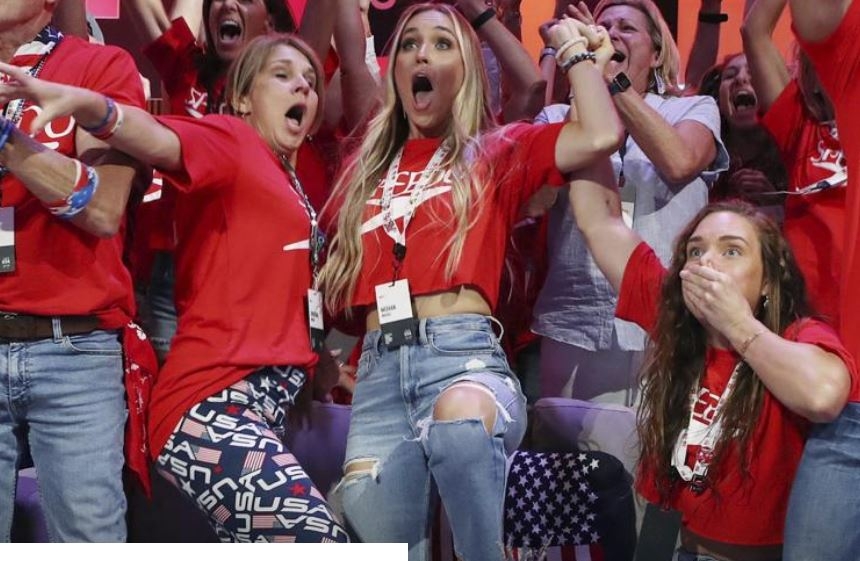 The mother of swimming superstar Caeleb Dressel reeled off a makeshift seating chart for the couch, directed everyone who wanted to be on television where to stand and even scoured the posh hotel for life-sized, cardbo ard cutouts of her son. She found four and lined them up behind the 40-strong Dressel posse.

She then asked if the coffee table was too cluttered with empty wine glasses and water bottles. Nope. After all, it was an accurate portrayal of this party scene.

The Dressels were among hundreds who accepted an offer to spend part of the Tokyo Olympics at Universal Orlando with other equally disappointed friends and families of American athletes, all banned from travelling to Japan because of the coronavirus pandemic.

They gathered nearly 12,000 miles from Tokyo in a crowded ballroom at a resort with hundreds of strangers, at least at first, and created a red, white and blue-themed blowout that rivaled anything they would have experienced abroad.

It turned out to be a support system like no other.

"These people are great," said Venus Jewett, whose son Isaiah failed to make the 800-meter final after tangling feet with a fellow runner in a semifinal heat.

"They get it. . Being here, it's not like being over there, but it's a good consolation prize. You can't get much better than this."

Parents, siblings, friends and former teammates crowd into the ballroom at the Lowes Sapphire Falls Resort daily to watch the Summer Games and bond with others in a similar situation, all of them unable to be on hand to root for their loved ones competing for gold.

They spend mornings and nights together, smiling and laughing, eating and drinking, screaming and cheering. They're usually celebrating and occasionally consoling.

Team Dressel was the main event during the swimming competition, with Christina Dressel and Caeleb's photogenic wife, Meghan, taking center stage for an entire week.

Universal Orlando and NBC invited The Associated Press inside for a sneak peek on the night Dressel set a world record in the 100-meter butterfly and won his third of five gold medals at the Tokyo Games. Most of his crew wore red Speedo T-shirts with Team Dressel printed on the back.

They posed for pictures on the stage, cramming shoulder to shoulder underneath a Team USA banner, and led "U-S-A, U-S-A" cheers that have become a nightly lead-in to NBC's television coverage.

Christina Dressel quieted the raucous crowd as soon as her son entered the pool area half a world away, eager to hear everything the commentators had to say about her son.

Dressel's inner circle, his mom, dad, wife, sister and brother, were directly in front of one of two scoreboard-sized projection screens inside the ballroom. Christina and Meghan stood as soon as the race started. His sister joined them. His dad and brother reluctantly followed.