Reports suggest that the rescheduled Test could be taking place at the same time as Englands white-ball matches against South Africa.
IANS 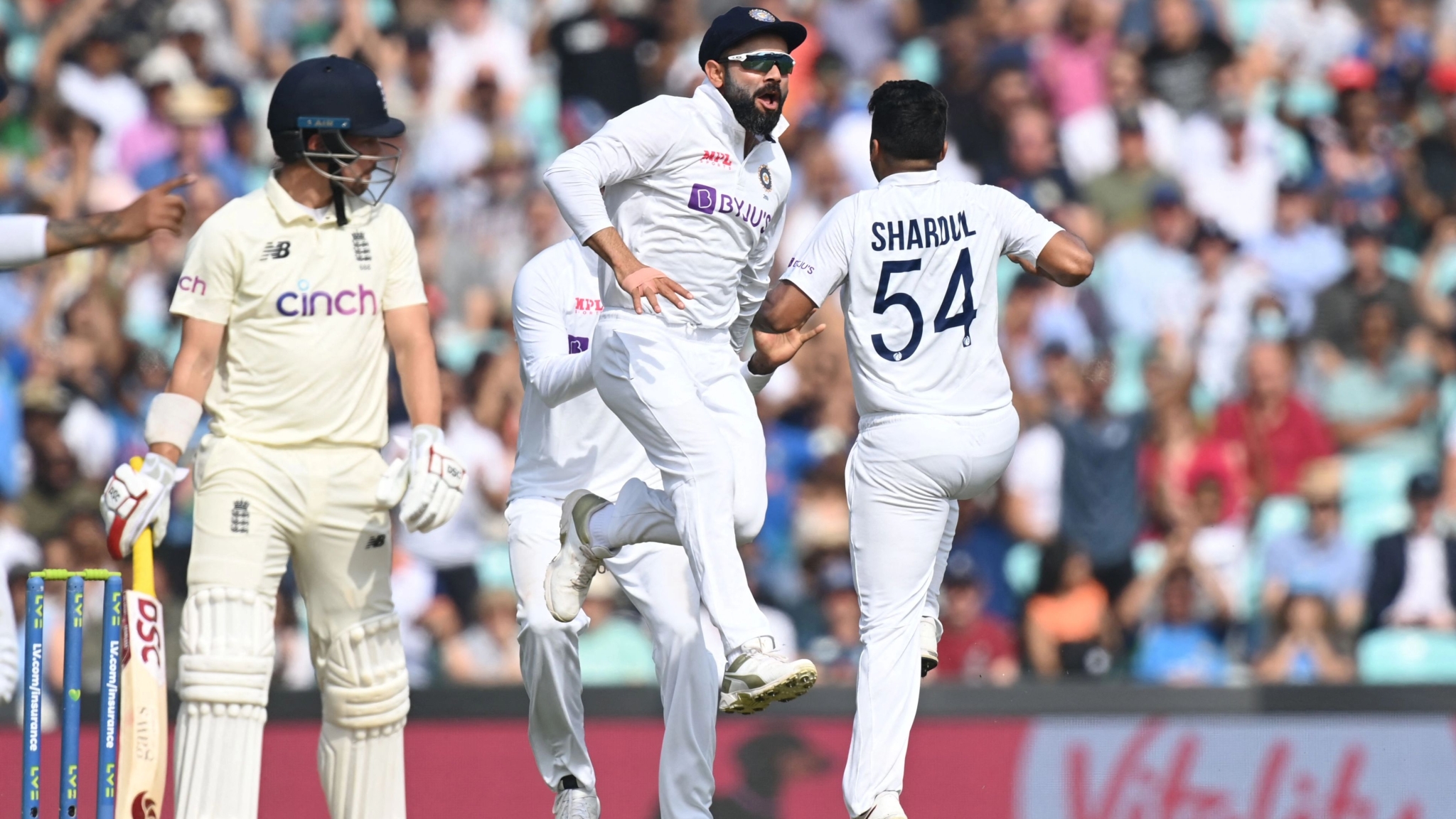 TOPSHOT - India's Shardul Thakur (R) celebrates after taking the wicket of Englands Rory Burns during play on the fifth day of the fourth cricket Test match between England and India at the Oval cricket ground in London on September 6, 2021. | Photo by Glyn KIRK / AFP

Manchester: The Old Trafford cricket stadium in Manchester could miss out on hosting the rescheduled Test between England and India next due to scheduling conflicts. Reports suggest that the rescheduled Test could be taking place at the same time as Englands white-ball matches against South Africa.

"An agreement in principle has been reached with India over completing the aborted series next year, after the tourists refused to play at the 11th hour last month due to concerns over Covid. However, Sportsmail learns the deciding Test will take place elsewhere due to scheduling issues at Old Trafford," said a report by Daily Mail on Thursday.

County cricket side Lancashire had lost more than one million pounds through hospitality income when the fifth Test between England and India was cancelled just two hours before the start of play due to a COVID-19 outbreak scare in the Indian camp after assistant physiotherapist Yogesh Parmar tested positive. It is understood that they have opened talks with the ECB about receiving compensation, which will be forthcoming.

"It is understood Lancashire were unable to commit to putting on the Test in the narrow window available. Old Trafford is already due to host a one-day international between England and South Africa on July 24 while the club are also expected to stage several gigs next summer. While the ECB have yet to finalise a date with their Indian counterparts, it is likely there will be some overlap between the Test match and England's one-day series against South Africa," further said the report.

India are scheduled to tour England for three ODIs and as many T20Is from July 1 to 14. England's home series against South Africa begins from July 19. After the series concludes on July 31, it will be immediately followed by the second edition of the Hundred.