Off Nuo One, Naomi Osaka hopes for better show

With the burden of being world number one lifted, Naomi Osaka will set her sights on Wimbledon, buoyed by the support of Roger Federer and praying for a decent draw this year.
FPJ Bureau 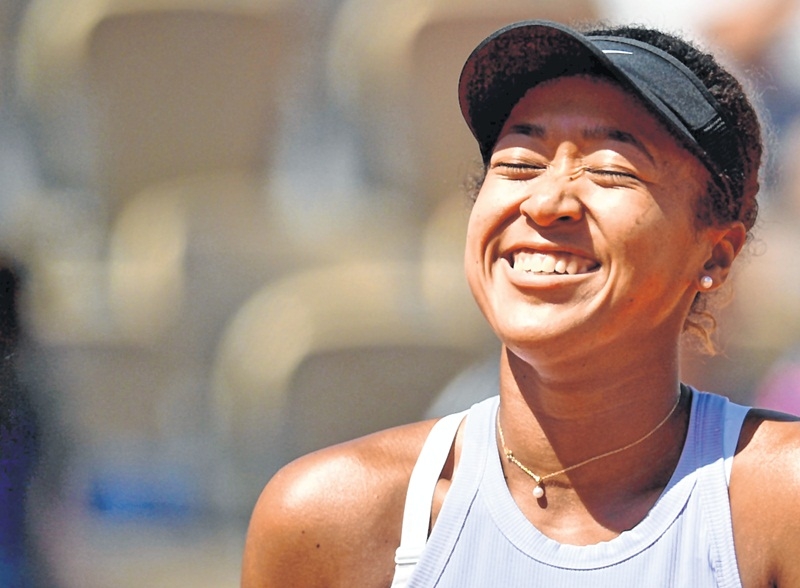 London: With the burden of being world number one lifted, Naomi Osaka will set her sights on Wimbledon, buoyed by the support of Roger Federer and praying for a decent draw this year. The 21-year-old Japanese star saw her hopes of a third consecutive Grand Slam title end in a dispiriting third round exit at Roland Garros. She admitted that loss to Katerina Siniakova, ranked 42 at the time, was the best thing that could have happened for a player so uncomfortable in the spotlight. Since then, she has lost her top ranking and will head into Wimbledon next week seeded at number two.

Osaka could not be more thrilled. "During my entire clay season, it kind of mattered and it showed because I was kind of stressed out the entire time," she said when asked about the intense scrutiny which came with being the world's top player who was hunting a Paris title to add to her US and Australian Open crowns. "Now, I'm just kind of having fun. I'm kind of chilling." At the French Open, Osaka complained that the pressures she faced were causing her to suffer constant headaches, stress and fatigue. However, when the Wimbledon draw is made on Friday, more headaches could be on the way. Her last two trips to the All England Club have ended in back-to-back third round losses against players at ease on grass courts.

In 2017, she was defeated by five-time champion Venus Williams who went on to reach the final. Last year, she fell to eventual champion Angelique Kerber with Osaka collecting just six games against the German on Centre Court. Osaka has just one win on grass this summer although she did make the semi-finals in Nottingham last year, losing to Ashleigh Barty, the Australian who has since taken her world top ranking. "You know, grass, I'm not really that comfortable with it," admitted Osaka, who said the challenges left her "screaming inside" during her win in Birmingham against Maria Sakkari last week.

"It's just really different to everything I have played on. As a little kid, I never played on grass." It has been a roller-coaster first half of 2019 for Osaka. Since winning the Australian Open, she split with coach Sascha Bajin and has yet to make another final. However, she has powerful support in the shape of 20-time major winner Federer who faced similar bouts of fluctuating form and self-doubt in his early years, especially after winning a first Slam at Wimbledon in 2003. "After that I also didn't win everything. From having nothing to lose it suddenly changes, everyone now feels like it's an amazing win to beat you," said the eight-time Wimbledon champion. "She has a head start with her two Grand Slams. Now she's done it, she knows she can do it again. I think she's doing pretty well. You can't win every week, nobody does that."