'Not in my hands': Unvaccinated Novak Djokovic on Australian Open 2023 participation

Novak Djokovic is still awaiting word on whether he will be allowed to return to the Australian Open in January after missing the tournament this year because he is not vaccinated against COVID-19.

"It's really not in my hands right now," Djokovic said on Thursday at the Laver Cup. "So I'm hoping I will get some positive news."

Djokovic is a 21-time Grand Slam singles champion - a total that stands second among men, behind only Rafael Nadal's 22 and one ahead of Roger Federer's 20 - and he has won a record nine of those trophies at Melbourne Park.

But he was deported from Australia last January after a 10-day legal saga that culminated with his visa being revoked; he originally was granted an exemption to strict vaccination rules by two medical panels and Tennis Australia in order to play in the Australian Open.

Australia has since changed its border rules - since July 6, incoming travelers no longer have to have provide proof of COVID-19 vaccinations, or even provide a negative COVID test.

The Australian Border Force said after Djokovic's visa was canceled that "a person whose visa has been cancelled may be subject to a three-year exclusion period that prevents the grant of a further temporary visa."

However, it added: "The exclusion period will be considered as part of any new visa application and can be waived in certain circumstances, noting each case is assessed on its own merits."

A Tennis Australia spokesperson said on Friday that any decision on Djokovic's visa for the Jan. 16-29, 2023 tournament was not its to make.

The 35-year-old Djokovic, who is from Serbia, has insisted he will not get the shots against the illness caused by the coronavirus, even if it means missing tennis events.

He was not able to enter two of this season's four Grand Slam tournaments, including the US Open that ended this month. The United States and Canada currently bar entry to foreign citizens who have not received COVID-19 vaccines, and so he also missed four other events in North America in 2022.

Djokovic was able to get into France, losing to Rafael Nadal in the quarterfinals at the French Open in June, and England, winning the title at Wimbledon in July.

The Laver Cup, which begins Friday, is Djokovic's first competition since Wimbledon.

"I don't have any regrets. I mean, I do feel sad that I wasn't able to play (at the US Open), but that was a decision that I made and I knew what the consequences would be," he said on Thursday. "So I accepted them and that's it."

Djokovic has spent more weeks at No. 1 in the ATP rankings than anyone else, breaking Roger Federer's record, and is No. 7 this week, in part because of a lack of activity and in part because there were no ranking points awarded to anyone at Wimbledon this year.

"I'm not used to making, obviously in the last 15-20 years, longer breaks between the tournaments, but it is what it is," Djokovic said.

"That's kind of the situation I was in. I'm just excited to be able to play here now - and most of the other indoor (tournaments) for the rest of the season." 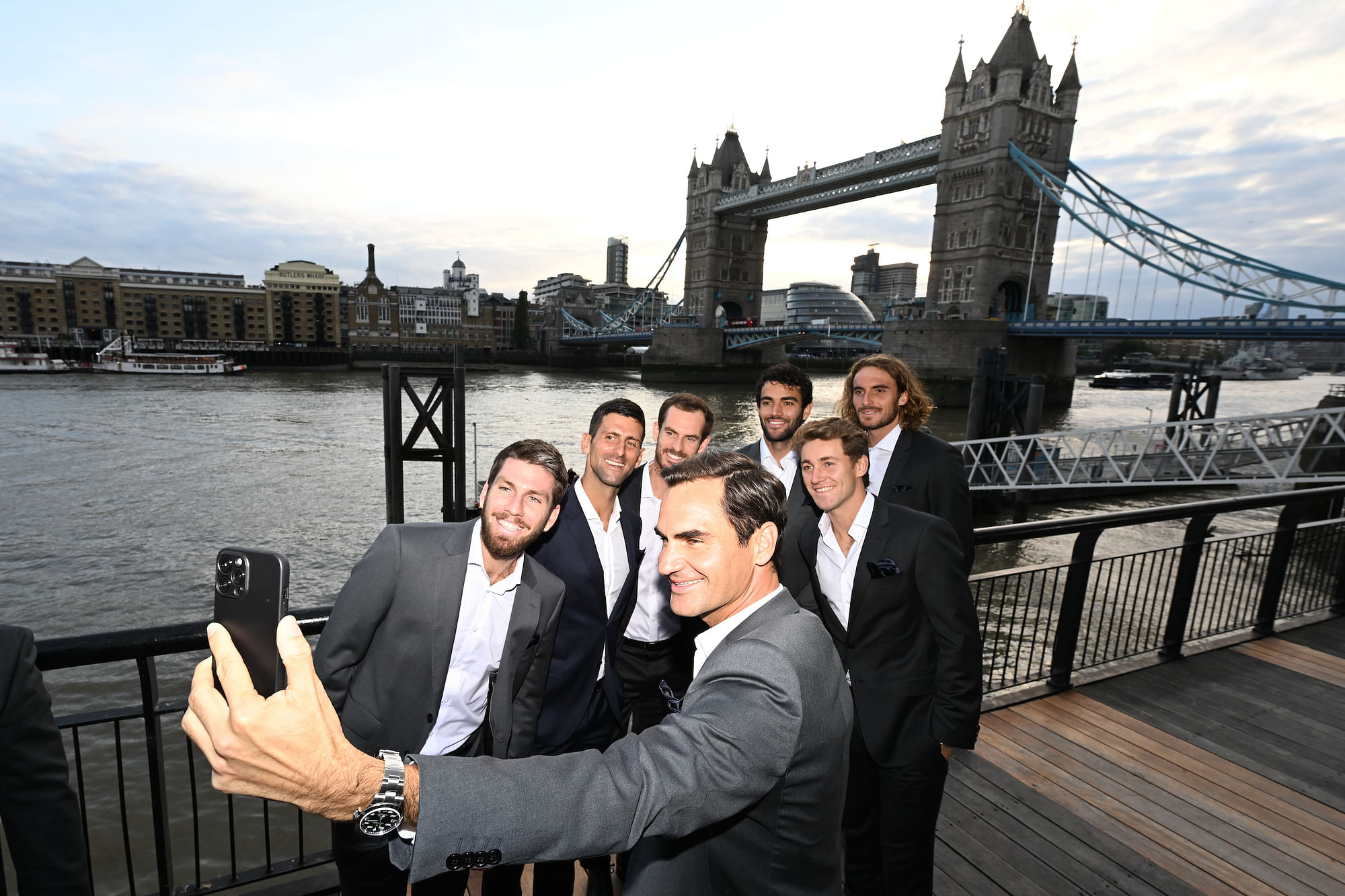