New Zealand escaped by the proverbial skin of their teeth, defeating hosts Ireland by just one run in the high-scoring third and final One-day International here on Friday night, thus making a clean sweep of the series.

A patient century from Martin Guptill followed by a quick-fire 79 from middle-order batter Henry Nicholls helped the Black Caps amass a massive 360/6 in 50 overs. But Ireland, who have been worthy opponents, had two centurions in Paul Stirling and Harry Tector as they managed 359/9 before they ran out of deliveries, thus giving New Zealand a one-run win.

The pair of Stirling and Tector put on 179 off 150 balls for the third wicket as Ireland threatened to pull off their highest ever chase in ODIs. But with three required from the final ball of the match, debutant Graham Hume failed to make contact with a Blair Tickner slower ball, ensuring that New Zealand wrapped up a 3-0 series win.

A total of 719 runs were scored in the engrossing match.

Earlier, Martin Guptill and Finn Allen got the tourists off to a rollicking start after the visitors chose to bat first. The duo brought about their 50 partnership up in seven overs. Josh Little gave Ireland the much-needed breakthrough after an expensive first over, with Allen's pull shot finding George Dockrell at deep backward square.

A second wicket followed soon, with Curtis Campher running out Will Young at the non-striker's end for just three after the Kiwi attempted to run a quick single.

Tom Latham survived on a few occasions in the 14th over but he and Guptill then settled in nicely, taking New Zealand to 146/2 after 23 overs. 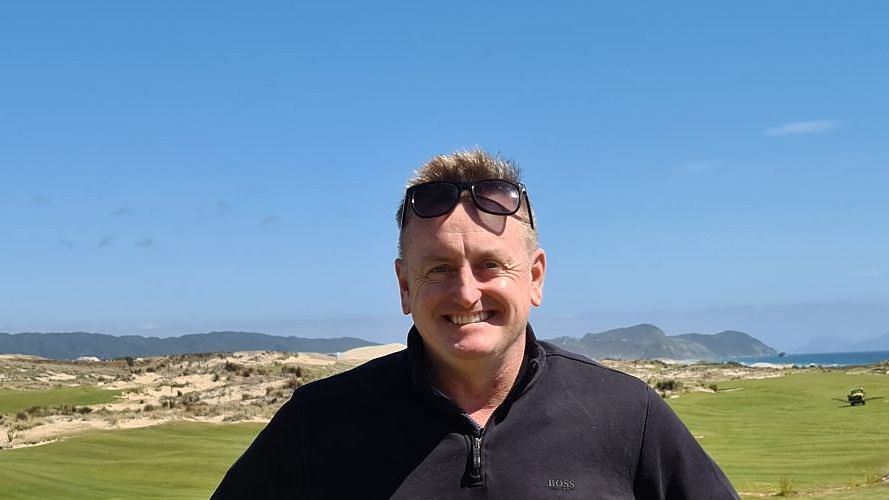