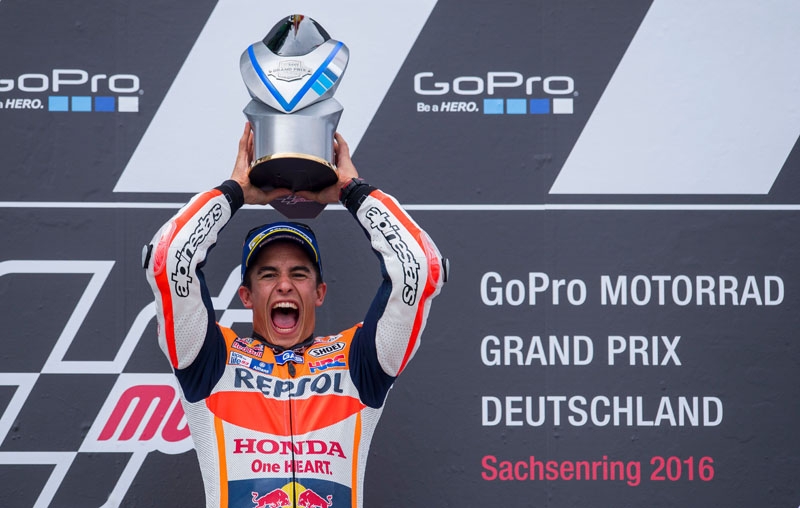 Misano Adriatico: World champion Marc Marquez will be out for revenge after being pipped to victory in the last two races this season as he looks to match Italian star Valentino Rossi's record of three wins at the San Marino MotoGP on Sunday.

Former seven-time world MotoGP champion Rossi's most recent victory at Misano, near Rimini on Italy's Adriatic coast, was in 2014. "Racing here in front of my fans is fantastic because it really is my Grand Prix," said 40-year-old Rossi.

"My house is only ten kilometres from the track, I grew up in Misano and the first time I raced was on this circuit." Rossi even rode down the 14km motorway from his "Motor Ranch" academy at Tavullia to the circuit this week riding his Yahama.

"It was a childhood dream come true because it was the road that we rode by scooter when we were young," said Rossi. "But I only drove at 170 km/h," he quipped, taking care to clarify that the road was closed to traffic and that "I had a helmet!".

Runaway championship leader Marquez has won five times in Misano and twice in the MotoGP category in 2015 and 2017. The Spanish Honda driver has a 78-point advantage on Italian Andrea Dovizioso in the world championship standings after 12 of 19 races as he closes in on a sixth world title.