Ishan played one of the best knocks by an opener in IPL 2021, scoring 84 off just 32 deliveries as he guided Mumbai Indians to a mammoth 235/9, against Sunrisers Hyderabad on Friday.

Abu Dhabi: Young Mumbai Indians player Ishan Kishan has said that he would "love to open" the innings whenever given the task, adding that the encouraging words from India skipper Virat Kohli had made his task easier to come and bat at the top of the order.

Ishan played one of the best knocks by an opener in IPL 2021, scoring 84 off just 32 deliveries as he guided Mumbai Indians to a mammoth 235/9, which was way beyond Sunrisers Hyderabad's reach as the five-time champions won by 42 runs on Friday.

However, the win was not enough to secure the Rohit Sharma-led side a spot in the playoffs and Mumbai Indians were eliminated despite Ishan Kishan and Suryakumar (82 off 40) putting in a superhuman effort.

On his opener's role and what Virat had told him, Ishan said, "I was just taking one point at a time (in the match). I would love to open and that's what Virat bhai said -- 'you are selected as an opener, you just have to be prepared for that.' On the bigger stage, you need to be prepared for every situation I feel.

"It was a very good thing for me and for the team, getting some runs, and getting into good touch before the (T20) World Cup. I was in a good state of mind, was very positive. We had to get somewhere around 250-260, it was the intent and positive intent."

This was the second half century from Ishan, who had slammed a 25-ball 50 against Rajasthan Royals on October 5 after a string of poor performances, which also led to him being dropped for a couple of games here.

On his batting performance on Friday, Ishan said, "The one I smacked off (Umran) Malik through the covers -- that's the one that's my favourite shot. In this tournament, you have to be prepared for every circumstance. It's important to be in the right mindset and you need to go with your best form.

"I had a good chat with Virat bhai, Jasprit bhai also helped me. Even Hardik Pandya, Krunal Pandya were there to support me. Everyone supported me and they said it's a learning stage for you, make sure you learn from here and don't make the same mistakes in the upcoming world cup games. That was the part where I learned from them," added Ishan.

Read Also
MIRACLE WASN’T TO BE...; Mumbai came out all guns blazing against SRH but that wasn't enough to... 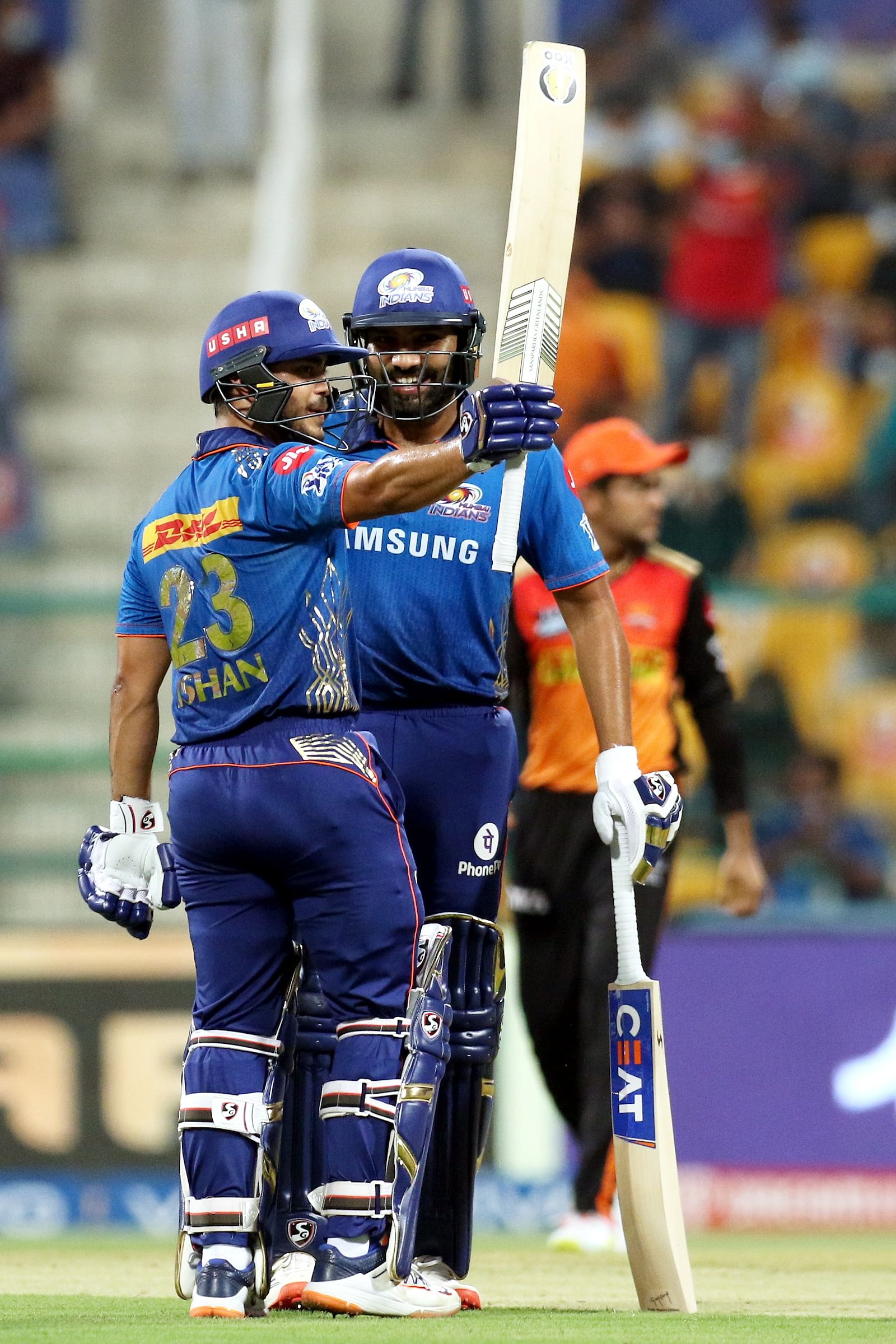