Two stalwarts of Indian women's badminton, PV Sindhu and Saina Nehwal, suffered contrasting fates at the Malaysia Open Super 750 tournament with the former progressing to the second round and the latter bowing out after losing her opener here on Wednesday.

Former Commonwealth Games champion Parupalli Kashyap also made a positive return from injury as he prevailed 21-12, 21-17 over Korea's Heo Kwang Hee to advance to the second round in men's singles.

Sindhu, seeded seventh, will next face Phittayaporn Chaiwan, a 21-year-old from Thailand who held the number one ranking in world junior ranking and also was part of the bronze medal-winning team at the Uber Cup in Bangkok.

B Sumeeth Reddy and Ashwini Ponnappa, who will be leading India's charge at the Commonwealth Games, couldn't get past World No.21 pairing of Robin Tabeling and Selena Piek of the Netherlands.

Sindhu enjoys a 5-3 head-to-head record against Chochuwong, having won the last time they met, at the 2021 World Championship, and the Indian looked in good touch against the Thai, who struggled with her lengths and finishing strokes.

The match started with the duo playing at a good pace but it was Sindhu who dictated terms with her better court coverage. Chochuwong matched Sindhu in the rallies but faltered in her finishing.

The result was Sindhu led throughout the first game after securing a 4-1 advantage early on. A tight net shot earned her a four-point cushion at the break. Sindhu's front court play was more polished than her rival and she used the smashes and attacking returns to good effect whenever there was an opportunity.

Sindhu extended her lead to 16-11 before producing an over-the-head return to grab seven game points and converted it with a smash.

After the change of sides, Chochuwong started with two net errors before pouncing on some weak returns from Sindhu to lead 4-2. The Thai player kept gathering points with Sindhu also committing errors at the net or going wide.

It was one such long return from Sindhu which handed Chochuwong a three-point advantage at the break.

Chochuwong quickly moved to 16-10 with the help of two precise returns on both sides and Sindhu also miscued her shots.

But the Indian then scripted a phenomenal recovery with a five-point burst with her rival falling into a heap of unforced errors.

With the Thai going long again, Sindhu levelled the score at 17-17 and then moved to the lead with yet another shot from Chochuwong getting buried at the nets.

With the shuttle sailing out twice again, Sindhu grabbed three match points and sealed it comfortably. 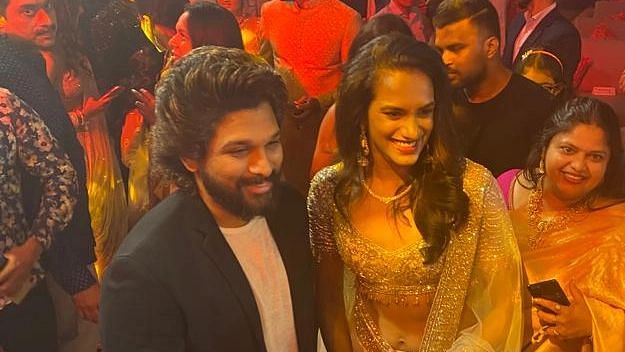