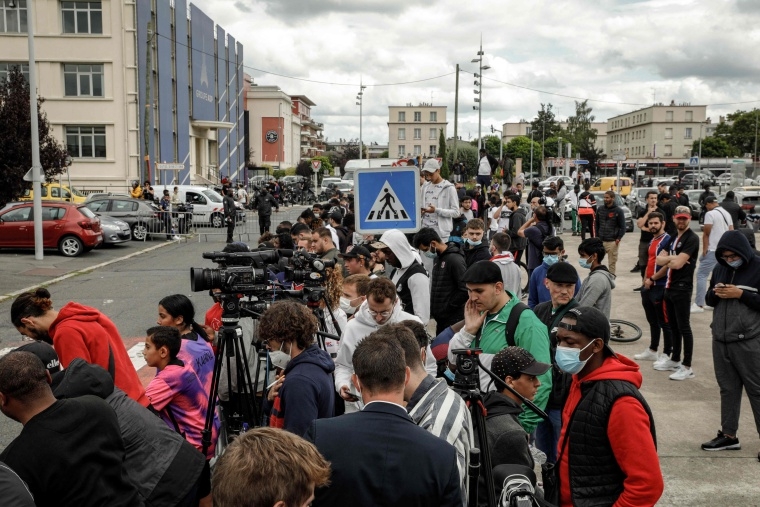 The media and the fans gather outside Le Bourget airport, north of Paris, waiting for the arrival of Lionel Messi |

In the extreme pressure, multi-billion dollar world of football, you can never say that something is certain until the ink has dried on the dotted line. Amid the unprecedented hype over superstar Lionel Messi quitting Barcelona to join Paris Saint Germain (PSG), it now appears that PSG could face some last-minute opposition.

A legal challenge to Messi’s PSG move has been filed at the European Commission. The move seeks to block Messi’s move to PSG. Spanish newspaper Marca reported that the complaint is based on ‘Financial Fair Play’ rule. The petitioner, Juan Branco, a lawyer for FC Barcelona, argues that PSG’s financial facts should rule them out of signing Messi.

Argentina skipper Messi, one of the few loyalists in the present world of sports, was with Barcelona for over two decades. Messi wanted to stay with the team but the management thought otherwise, blaming La Liga’s regulations. The man, who has won many laurels for the team, had to leave in tears, as the 34-year-old's contract was not renewed at the Nou Camp.

PSG moved in to offer Messi a three-year contract to move to the French capital, sources said. The deal should be done very soon, said the source, after positive initial talks with Messi's representatives. Messi became a free agent last month after his original contract with Barca expired, though he was set to sign again with the club following positive initial talks between all parties.

Messi was in line for a fresh long-term deal, albeit on lower payment terms. Now, however, the Catalan giants have confirmed the agreement is dead due to economic and structural obstacles (Spanish La Liga regulations).

Messi has been responsible for Barcelona reaching the pinnacle of Spanish and European football. For a player of his stature, the unceremonious exit has many unanswered questions.

His innings with one of the best teams in La Liga is history, as the legend who just returned from a family holiday is set to don the PSG colours. And with just five days left for the La Liga to kick-off, there are speculations that Messi would be seen in a different colour for this season. “Yes, it is understood that Messi's next stop would be PSG,” according to one of the officials. But, still, it has not been finalised, added the source. 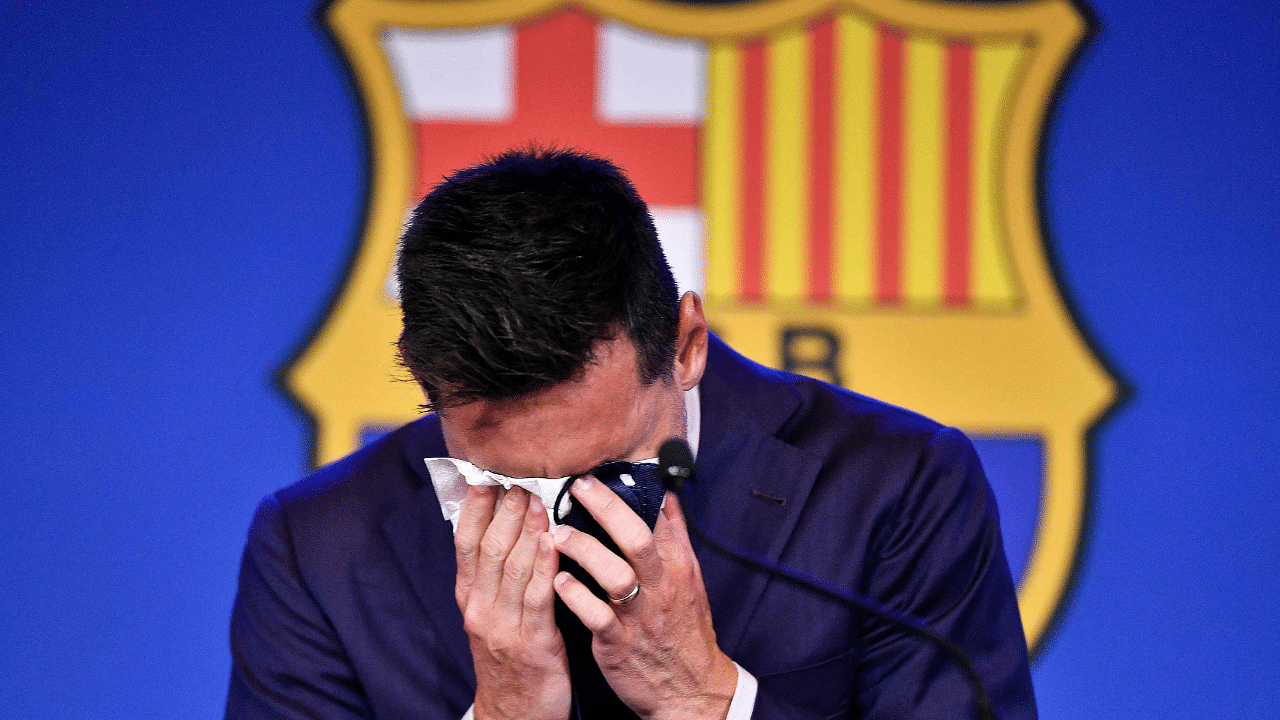 'This is not how the GOAT should've departed': Messi in tears as he leaves Barcelona; viral video...