Ligue 1: Kylian Mbappe reaches 100-goal mark for PSG in 2-0 win over AS Monaco 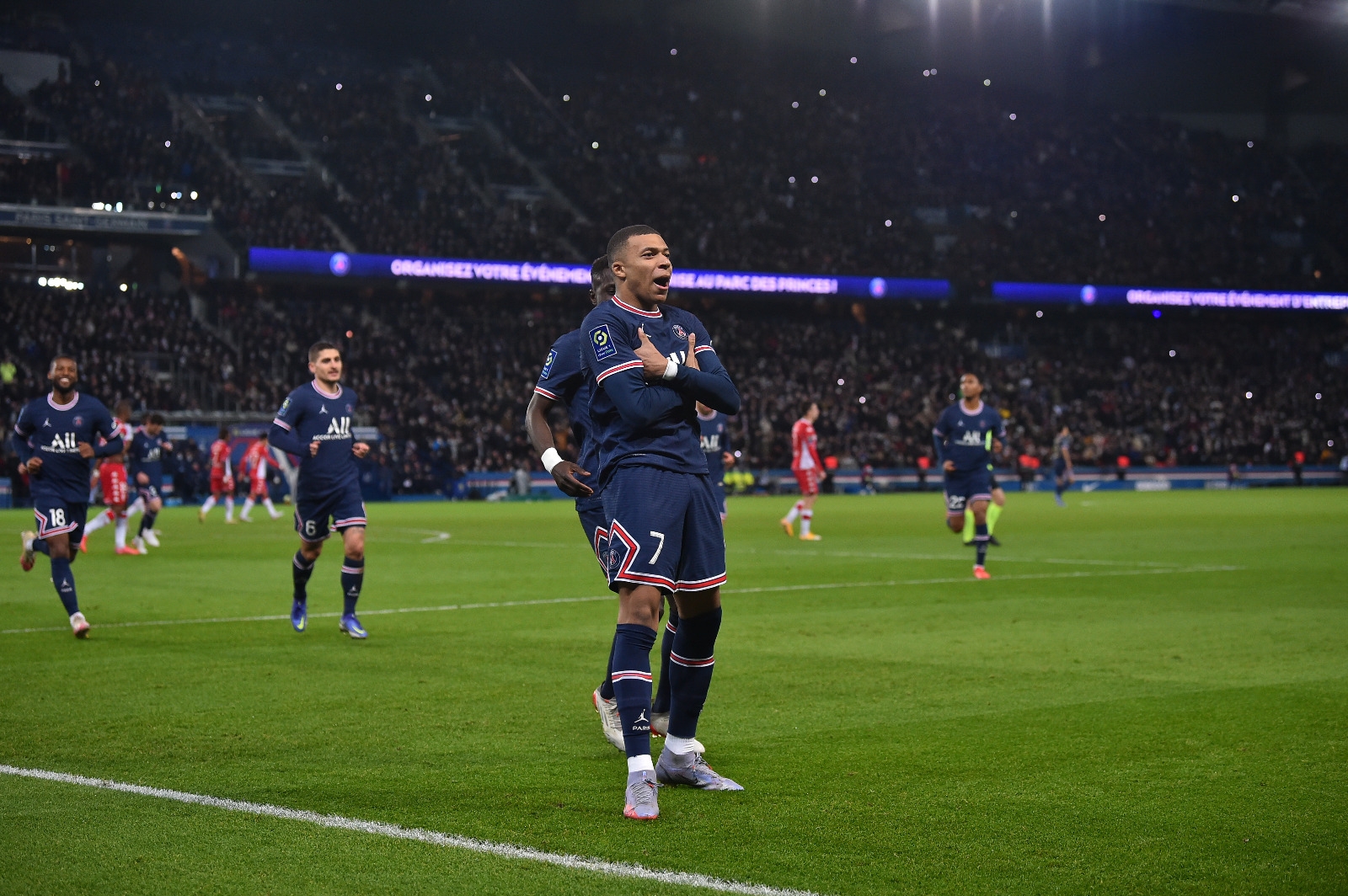 Kylian Mbappe reached a century of Ligue 1 goals for Paris Saint-Germain with a brace in Sunday's 2-0 win over his old club Monaco at the Parc des Princes. Mbappe opened the scoring with an early penalty and then grabbed a second just before half-time after being set up by Lionel Messi to get his 100th goal in France's top flight since moving to PSG in 2017. The France striker, who also scored 16 league goals for Monaco at the beginning of his career, does not turn 23 until later this month. The victory allowed PSG to extend their lead at the top of Ligue 1 to 13 points from Marseille, who won 2-0 at Strasbourg earlier on Sunday and have a game in hand.

Mauricio Pochettino's side ultimately eased to victory in a subdued atmosphere at the Parc des Princes, with one end of the stadium closed as a punishment after the club's ultras let off flares en masse during a recent game.

"It was a professional performance and we deserved to win. Kylian was extraordinary once again," Pochettino, who has been criticised for his team's performances this season, told broadcaster Amazon Prime.

"We are very pleased with our results, but we can improve our performances," he admitted later.