Kenin, Stephens will compete in WTT 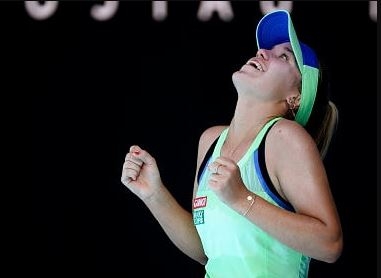 Sofia Kenin, winner of the last Australian Open, and Sloane Stephens, crowned at the US Open in 2017, will participate in the World Team Tennis, team competition which will start on July 12 in an American mountain station, in the presence of spectators.

The nine-team event, each representing a city, will hold its 45th season at the Greenbrier Resort in White Sulfur Springs, West Virginia, from July 12 to August 2, the WTT announced on Tuesday.

While the WTA women's and men's ATP circuits have suspended their season until August, due to the coronavirus pandemic, the WTT is the first professional tennis competition to announce that it has resumed play in more than two months since the pandemic started. world sport bell. What is more with the public.

"We are all extremely grateful to be able to play the 45th season of Team World Tennis and to introduce professional tennis to our hungry spectators of sport and tennis," said Managing Director Carlos Silva.

"What is clear from the players' comments is that they want to play WTT and are comfortable doing so in a safe environment, which is our number one priority. West Virginia is one of the states with the least number of Covid-19 cases in the country, "he said.

The WTT, whose security protocols will include tests for the Covid-19 and the wearing of protective equipment such as face masks, plans at least three matches per day in its outdoor enclosure that can accommodate 2,500 people.

According to the health guidelines of West Virginia, 500 spectators, or a capacity of 20%, will be able to attend the meetings.

The WTT plans to play 63 games from July 12 to 30, leading to the semi-finals on August 1 and the final the following day.

American Sofia Kenin, world number 4, will participate in the colors of the Philadelphia Freedoms, while her compatriot Sloane Stephens, 37th world and finalist at Roland Garros in 2018, will play for the Chicago Smash.

In men's, the Bulgarian Grigor Dimitrov, 19th in the world, will be part of the Orange County Breakers, the stars of double Bob and Mike Bryan playing for the Vegas Rollers.