Satendra Malik's entire village -- Mokhra in Haryana -- has come out in support of the wrestler, who was recently handed a life ban by the Wrestling Federation of India (WFI) for allegedly slapping a referee during the Commonwealth Games trials.

Speaking to IANS, Satender said a panchayat was held in his village Mokhra and he presented his side and explained in detail the incident.

"I shared the video and also explained what happened there," said the Services wrestler. It was then unanimously decided in the panchayat that Satendra was innocent in this case and the international referee, Jagbir Singh allegedly provoked him.

"The members of panchayat will now meet WFI president Brij Bhushan Sharan Singh ji on Monday and request to uplift life-ban. My life is destroyed. I tell you what happened when I went to the referee and said in his ear 'tanne ke mil gaya mahari zindagi kharab karke (What did you achieve after ruining my life?)'. He got angry and slapped me -- you can see in the video as well. He first slapped me. I never abused him or said anything wrong to him," an emotional wrestler added.

During the 2022 Commonwealth Games trials, spectators at the KD Jadhav Hall at the IG Stadium witnessed something shameful and unheard of even by Indian wrestling's standard. International referee Jagbir Singh was allegedly attacked by Satender.

Satender allegedly 'slapped' referee Jagbir Singh after losing the 125kg final bout. The Air Force wrestler was leading 3-0 with just 18 seconds left in the deciding bout when his opponent Mohit affected a 'take-down' move and also pushed Satender out of the mat for another point. However, referee Virender Malik did not award two points to Mohit for the 'takedown' move and gave only one point for the pushout.

Mohit then challenged the decision. Senior referee Jagbir Singh adjudicated the challenge with the help of video replays and ruled that Mohit should be given three points (two for takedown and one for pushout). The score thus became 3-3 and remained like that till the end. Mohit was declared the winner since he had scored the last point of the bout.

Satender then walked across to Mat 'A' and went straight to Jagbir, and allegedly assaulted him. The WFI officials promptly imposed a life ban on Malik.

However, a video went viral where it can be seen that Jagbir first slammed the wrestler before the latter slapped him. 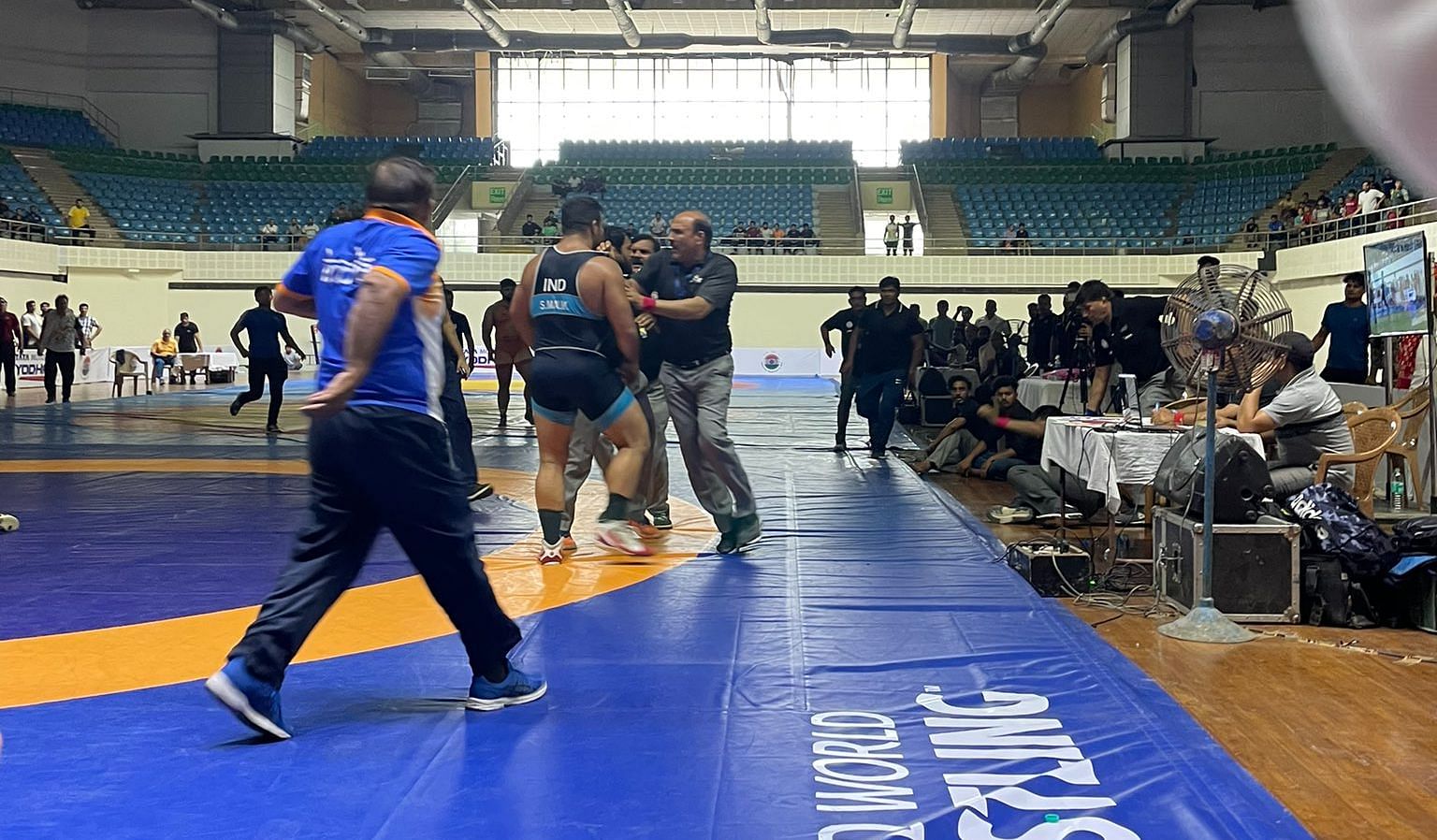