'It was like Independence day for Indian cricket': Kris Srikkanth on impact of 1983 World Cup win on nation

Legendary India cricketer Kris Srikkanth has said that winning the World Cup in 1983 felt like "Independence day for cricket in India", adding that the achievement changed the face of Indian cricket forever.

The India team, led by Kapil Dev did the unthinkable at Lord's on June 25, 1983 defeating the mighty West Indies by 43 runs to make history.

"Sometimes I have to pinch myself and say 'we're still talking about the 1983 World Cup. It's been 39 years'. It was a great achievement. As our manager put it in the 83 movie, it was our second independence. We got our independence in 1947; this was independence day for cricket in India. That changed the face of Indian cricket in my opinion. I'm sure all of you will agree.

Speaking about Kapil Dev's impact, Srikkanth said that his aggressive attitude and the will to take on the opponents head-on was the key to winning the title.

"You will never get another Kapil Dev in your life. He is a guy who never gives up. He's a never-say-die cricketer. He's a typical Punjabi who says 'Don't leave it guys'. He has got that attitude, aggressive attitude. He likes to take on his opponents. That's what his attitude is. I remember the eve of the first match, he gave a speech. He said we can beat the West Indies. India have beaten the West Indies once.

"Prior to the World Cup, we went on a tour, I was actually dropped for that. That's when I got married. One of the ODIs, we beat them. Kapil Dev said 'when we can beat the West Indies once, why not once more?' We thought he went nuts. Just like how they portrayed in the movie 83, all of you must've seen it. They had an incredible team, I thought he went mad. You're talking about Gordon Greenidge, Desmond Haynes, Richards, Lloyd, Gomes and then the four fast bowlers.

"I keep repeating this, I don't wanna remember their names. Holding, Roberts, Garner, Marshall. With this team, what is he saying? But then, he was very serious. That is when we felt maybe who knows? Probably what he says could be true. Slowly the belief started coming. I should only thank my captain, he was the one who gave us the courage and confidence," added Srikkanth.

Read Also
'That's when I knew I wanted to do': Sachin Tendulkar remembers India's World Cup triumph in 1983 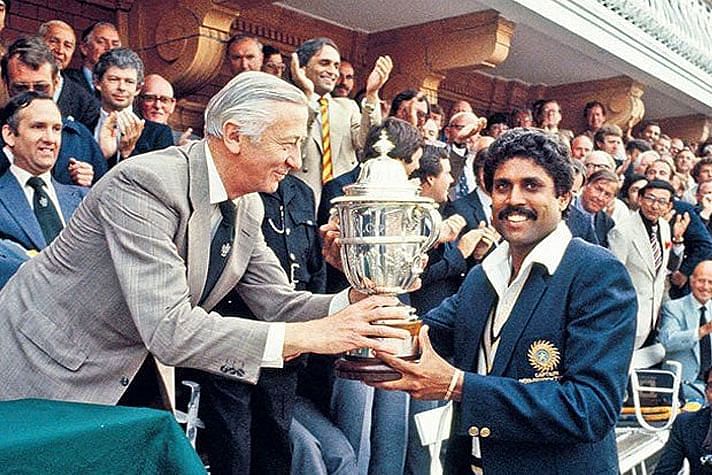 HomeSports'It was like Independence day for Indian cricket': Kris Srikkanth on impact of 1983 World Cup win on nation