If Chennai Super Kings is a blockbuster, then MS Dhoni authored its script, harnessed the talent of his team as any able director would, apart from playing the role of the central protagonist who gave his franchise four title triumphs on the platter.

After twelve seasons, four trophies and five runner-up flourishes, Mahendra Singh Dhoni has decided to hand over the captaincy of Chennai Super Kings to his trusted lieutenant, Ravindra Jadeja.

(Of course, CSK was out of the tournament in two seasons when the team was suspended in the wake of the spot-fixing scandal. But all that is now dusted and done with.)

CSK CEO Kasi Viswanathan told everyone that it was Dhoni’s own decision and one should respect it. In a brief statement, CSK said the 40-year-old will continue to represent the franchise for the "season and beyond". Incidentally, CSK play KKR in the IPL opener in Mumbai on Saturday.

To use hyperbole, cricket historians may decide to have two distinct cut-off points for reference – 'BD' and 'AD' – Before Dhoni and After Dhoni. ‘Mahi’ is Chennai's own 'Thala', who could never go wrong.

His art of captaincy is based on two basic tenets -- common sense and instinct. The common sense was all about being grounded and never allowing games of T20 cricket to become too complicated, even as he designed a win-win template.

The instinct part came with a clarity about which player can perform a specific role and what is it that he is looking for in them? He never relied on analytics, long and winding team meetings and fancy terms.

Rather, he relied on tried and tested international players and customised a few home grown ones himself.

Whether it's Dwayne Bravo or Faf du Plessis, or Josh Hazlewood or the likes of Suresh Raina, Ambati Rayudu, Jadeja or Ruturaj Gaikwad, they were handpicked keeping in mind their specific roles.

He understood that Deepak Chahar can get wickets in Powerplay and Shardul Thakur is a utility man. He understood Moeen Ali could hit sixes on a slow track and that fast offbreaks at times will be helpful.

If CSK was madness, Dhoni was its method.

Had Dhoni wanted to continue, he would have done that this season too and no one would have even bothered. But that exactly is where Dhoni is different: A case of perfect foresight.

The CSK management (read N Srinivasan) wouldn’t really be bothered either had Dhoni been inclined to lead the 'Canary Yellows' for the 191st time in the league and not feel concerned about his batting form which has been waning for at least six years.

And now CSK has Ravindra Jadeja at the helm, who has never ever even captained Saurashtra at the Ranji level. But then Dhoni is leaving "captaincy" but not relinquishing his "leadership" role

So, why did Dhoni decide to quit two days before CSK's first match?

Months shy of his 41st birthday, maybe he has realised that it is not possible to play IPL back-to-back with no pause between the 14 to 16 high intensity T20 games annually.

His routine during the 2020 and 2021 IPL was to arrive in Chennai at least six weeks prior to the commencement of IPL and slog in the nets.

The natural progression of leadership would have had Suresh Raina in contention had he not lost form completely. Hence the next most dependable lieutenant, Ravinder Jadeja, is being entrusted with the onerous duty, but with Dhoni playing under him.

Dhoni will be taking the backseat but even with Jadeja at the helm, the steering will still be in Mahi’s hands. 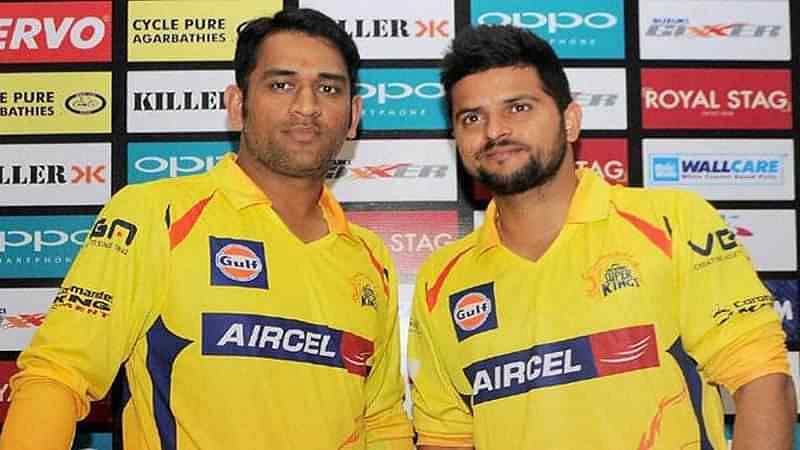