Gujarat Titans bowlers put up a clinical show to restrict Chennai Super Kings to a below par 133/5 despite a fine half-century by Ruturaj Gaikwad in their IPL game on Sunday.

Opting to bat, CSK lost opener Dewon Conway (5) in the third over as Mohammed Shami (2/19) gave Gujarat the first breakthrough. Shami's angled delivery from round the wicket moved away after pitching which Conway nicked it to wicket-keeper Wridhimman Saha.

CSK however suffered a middle-order collapse and could add only 24 runs in the last five overs.

Gaikwad, who hit four boundaries and a six, initially played with caution, as CSK crawled to 15/1 after four overs, as Hardik Pandya (0/8) and Shami did not give them a chance to free their arms.

Gaikwad then upped the ante in the fifth over, in which Yash Dayal leaked 15 runs. The right-handed batter was brutal on Dayal hammering him for two boundaries and a six over fine-leg.

In the next over, Moeen smashed two successive sixes off leg-spinner Rashid Khan (1/31), a pull and a sweep shot, as CSK added 17 runs of the sixth over and raced to 47/1 after the power-play.

Gaikwad played the odd shot even as he and Ali completed the 50-run stand for the second wicket in just 32 balls.

When it looked like the duo would score big, it was left-arm spinner R Sai Kishore (1/31), who broke the stand by removing Ali, who gave a sitter to Rashid Khan at deep-mid-wicket, in the ninth over.

Jagadeesan started with a boundary, but the fall of wicket stemmed the flow of runs.

Jagadeesan then launched into Sai Kishore (1/31), hitting him for a boundary and a maximum in the 15th over, where CSK amassed 13 runs.

But Gujarat pegged back CSK by removing Gaikwad, who was caught at deep mid-wicket and Shivam Dube (0) in quick succession as they slipped to 114/4. 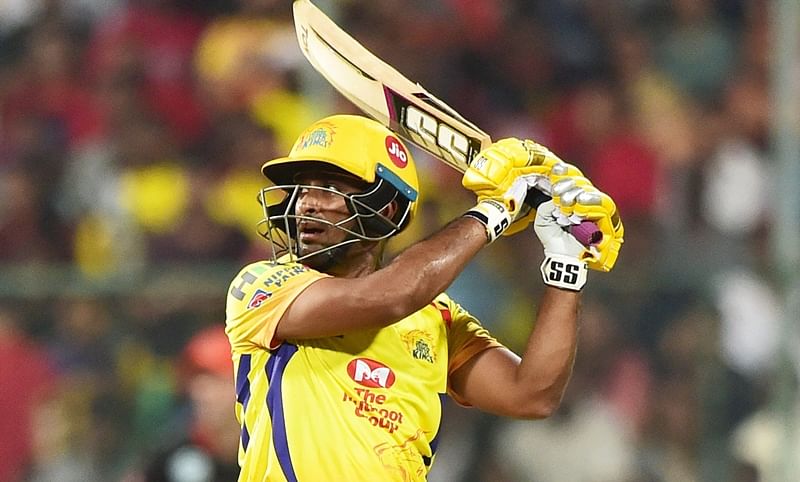