Chasing 135 for victory, the Punjab team stormed to victory in 13 overs as the CSK skipper M S Dhoni could not find answers to stop Rahul's onslaught.
PTI 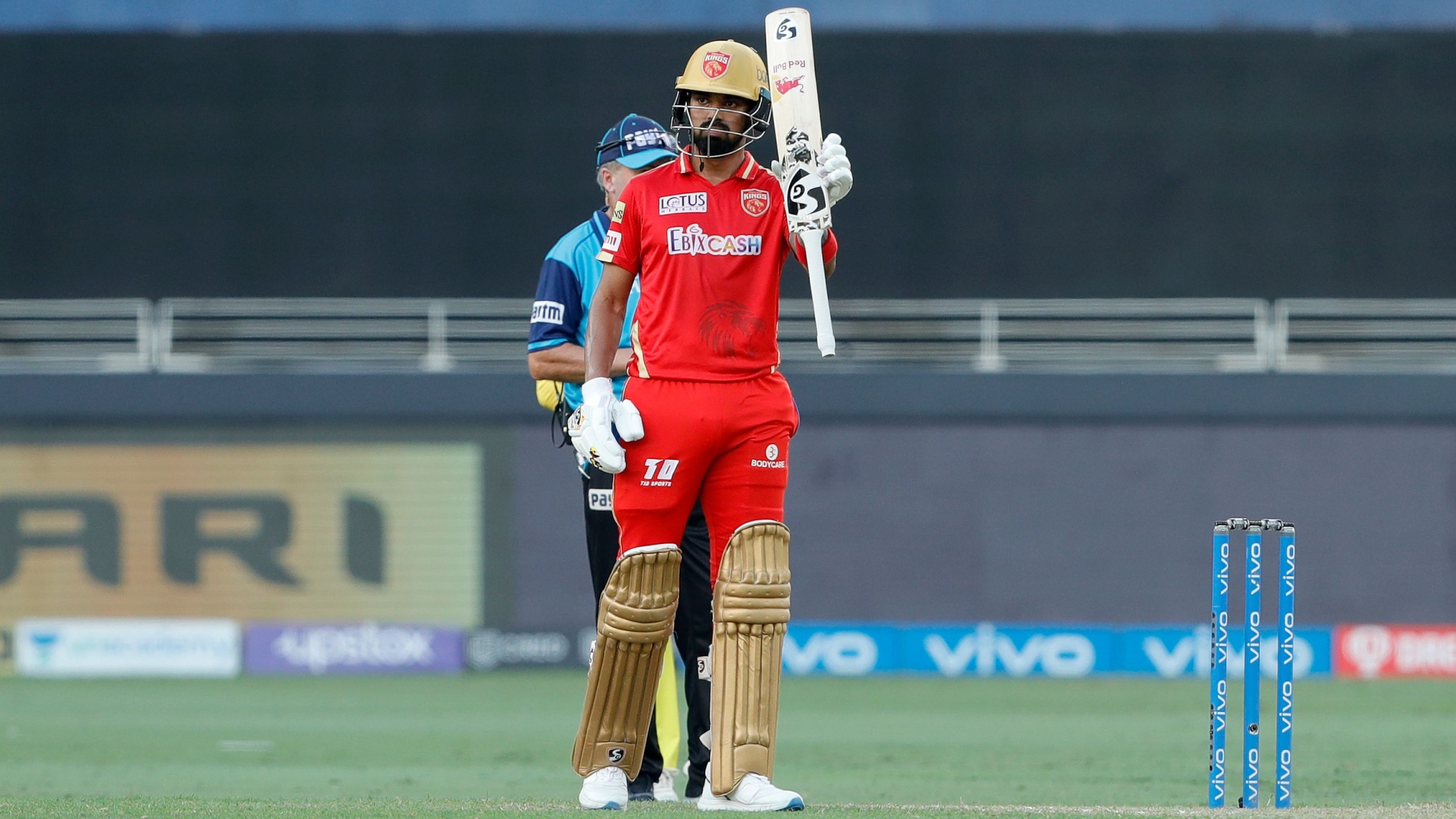 Dubai: KL Rahul saved his best for the last as his unbeaten 98 off 42 balls, which for a change was full on intent quotient, helped Punjab Kings crush Chennai Super Kings by six wickets in an inconsequential IPL encounter on Thursday.

Chasing 135 for victory, the Punjab team stormed to victory in 13 overs as the CSK skipper M S Dhoni could not find answers to stop Rahul's onslaught.

Skipper Rahul was on the attack from the word go, launching into the CSK bowlers. The stylish right-hander clobbered eight sixes to go with seven boundaries. He finished it in style with a big six off Shardul Thakur.

The Punjab skipper had been panned for his approach in some of the earlier matches where he dragged the game deep but Punjab Kings failed to finish on the winning side. Rahul's strike-rate had been panned often during this edition and finally the flair was back in his batting.

Alas, it came when the horse has bolted the door.

Thakur picked three wickets for 28 runs in three to be CSK's best bowler on a day when the other bowlers including Deepak Chahar (1/48 from 4 overs), Josh Hazlewood (0 for 22 in 3 overs) and Dwayne Bravo (0/32 in 2 overs) looked clueless in the face of Rahul's stylish onslaught.

Rahul kept hitting boundaries and sixes at will even as the other batters didn't come up with any meaningful contribution. Anything on his legs was whipped between fine leg and mid-wicket with utter disdain.

The skipper and Mayank Agarwal (12) put on 46 in just 4.3 overs before he dominated another partnership with Shahrukh Khan (8) for the third wicket, adding 34 runs in four overs.

None of the CSK bowlers was able to stop a marauding Rahul as Punjab Kings went on the offensive in a bid to win quickly and boost their net run-rate. Despite the easy win, Punjab's NRR did not go past fourth-placed Kolkata Knight Riders with both teams on 12 with the latter set to play later in the night.

The CSK score was largely due to the fighting half-century by veteran South African player du Plessis and the 26 runs in the last two overs. None of the other CSK players crossed 15-run mark.

For Punjab, leggie Ravi Bishnoi impressed in a spell of 4-0-25-1 which included the scalp of CSK captain M S Dhoni while Arshdeep Singh (2/35) and Chris Jordan (2/20) did a good job for Punjab.

Du Plessis waged a lone battle, ensuring that the Punjab bowlers did not run away with the game with a hard-working half-century.

The 18th over saw him hit two boundaries off Jordan's third over as CSK continued the attempt to cobble up a respectable score.

The South African hit two more sixes, one off Arshdeep and one off Mohammad Shami in the final over to give a much-needed push to the CSK innings towards the end. Ravindra Jadeja remained not out on 15 (17 balls, 1 six).

That only 30 runs came in the powerplay indicated the CSK batters' difficulty in getting Shami & Co away. Coupled with the regular loss of wickets, the three-time champions crawled to 50 in the 10th over.

Shami, in particular, was hard to get away. His first spell of three was brilliant, as he conceded only six runs. Left-arm pacer Arshdeep continued to impress and got the wickets of the in-form Ruturaj Gaikwad (12, 14 balls, 1 four) and Moeen Ali (0).

Gaikwad hit one four before he top-edged an attempted pull of Arshdeep to give Shahrukh Khan on the leg-side an easy catch. Moeen, who was in good nick in the first phase in India, failed to trouble the scorers, edging one to Rahul to give Arshdeep his second scalp.