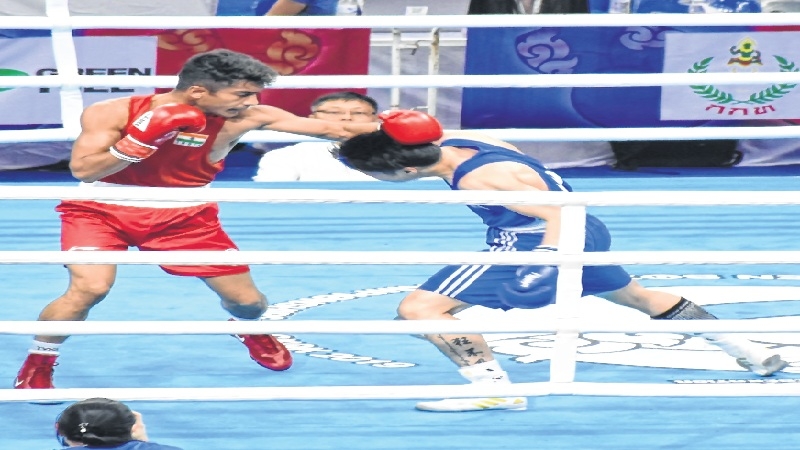 Tokyo: Olympic boxing officials said they were confident that a new judging system could improve transparency in the scandal-hit sport as it went on trial on Thursday ahead of next year's Tokyo Games.

The new, computerised system makes the judges' scoring visible in real time, in a bid to avoid the sort of controversy that plagued Rio 2016 when dozens of officials and referees were suspended over alleged match-fixing.

Boxing, one of the sports contested at the original Olympics in ancient Greece, was later threatened with expulsion from the Games over mismanagement by governing body AIBA, which was stripped of the right to organise the competition at Tokyo 2020.

Under the new system, on trial at the venue for next year's boxing competition, the five judges push a button for each scoring punch, with their marks appearing on a screen that is monitored by a supervisor.

The live scoring may also be made visible to the crowd, with officials due to make a decision at a later date. "Distrust of judges is extremely large," said Morinari Watanabe, who heads the taskforce organising boxing at the Olympics.

Watanabe said he was "confident" that the new system would boost transparency and produce scoring that is "fairer and easier to understand for spectators".

Hidenori Fujiwara, an official from the firm Fujitsu that led development of the system, said judging in boxing is subjective. "It has been visually impossible to see how judges are counting scoring hits during a round. It was all in their heads," he said.

Currently some judges memorise counts, some count on their fingers and some take notes to decide which boxer wins at each round, he said.

The system was put on display at the Ryogoku Kokugikan sumo stadium, where the Tokyo 2020 boxing competition will be held.

But while officials are keen to use it at the Games, the test made clear some tweaks will be necessary.

Veteran judge Norio Tezuka, who tried the system on Thursday, said he pushed the wrong colour because the "blue" boxer was wearing red headgear.

He also said he was so focused on pressing buttons during his first trial that he felt he couldn't properly monitor the overall course of the match.

AIBA is the first federation to have been stripped of the right to organise its own sport at an Olympics.

Formed in 1946, it oversaw decades of signature Olympic moments, notably the 1960 gold medal win in Rome by Muhammad Ali, then known as Cassius Clay.

Relations between AIBA and the IOC took a sharp downward turn following the 2016 Rio Games, when 36 officials and referees were suspended over allegations of bout fixing.

The crisis-riddled body also cycled through a series of presidents, with one forced out over claims of accounting fraud and another replaced after outcry over alleged links to transnational criminal organisations.