From Yolanda D'Sousa to Sabina Martins: Meet the first six ticket holders of the FIFA U-17 Women’s World Cup India 2022

The Local Organising Committee (LOC) acknowledged the excellent work of six inspirational women during the ticket launch ceremony and rewarded them with the first ticket holders of India's first-ever FIFA women's competition.

Here is a brief summary of the work done by each of the tournament’s first ticket holders which makes them leaders in their community and an inspiration to push boundaries.

Premlata Barik has more than 38 years of experience in rural community health and her mission is to achieve zero maternal and infant mortality. Barik has helped to carry out deliveries of 250-350 babies every month and approximately 4000 babies every year till July 2013.

Sabah Khan is the co-founder of Parcham, an organization committed to a just world, respectful of diversity. She mentors youth from vulnerable communities in taking leadership towards social action and helped create history with the first ever reservation of a sports ground for girls in the country approved by Thane Municipal Corporation.

Dr. Lata Gaude has worked extensively in the field of marine microbiology and biogeochemistry at CSIR-National Institute of Oceanography. She is an active member of international scientific bodies and an Indian Ambassador to German research institute, Leibniz - ZMT. With over 279 peer-reviewed national and international citations, Dr.Gaude actively conducts awareness programs and workshops on marine farming for village people as well as for students and faculty members of various colleges in Goa.

Dr. Sabina Martins has been running an organization called Bailancho Saad - which means ‘Women's Voice’ - for more than three decades. In her 35 years of social service, she has advocated for empowerment and equal rights for women and girls addressing various issues relating to discrimination, oppression, atrocities and exploitation.

A Coach Education Scholarship Programme graduate from the FIFA U-17 Women's World Cup India 2022™ legacy programme, Shabana Qureshi coaches young girls in her community for free in a bid to increase female participation in the game and leverage the power of sport to uplift human lives. She represented India in the Homeless World Cup of 2017 after taking up football in 2014 as a means of rehabilitating herself.

Known as the ‘Madonna of Goan football’, Yolanda D’Sousa is a former Indian footballer who played an integral role in the rise of women’s football in India. She is the first Indian woman to score an international hattrick which earned her the title of ‘Hattrick Queen’ and was named ‘Player of the Decade’ by the Women’s Football Federation of India in 1980. She was part of the Indian team that finished runners up in the 1980 edition of the AFC Women's Asian Cup. 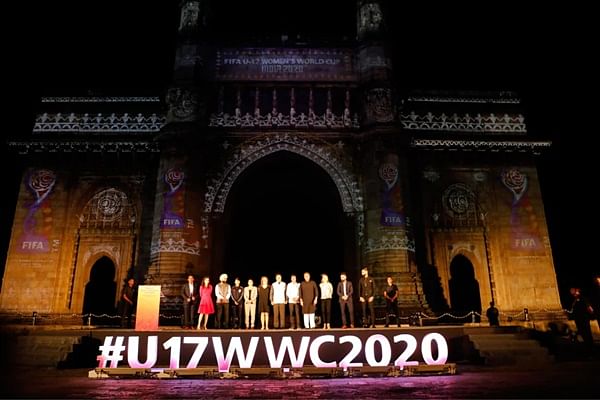