HomeSportsFPJ Poll: 66% of cricket fans back RCB to win against SRH in today's IPL match

FPJ Poll: 66% of cricket fans back RCB to win against SRH in today's IPL match

Poll results indicate that there are more possibilities of RCB winning the game against SRH as 66.7% of cricket fans have voted in favor of the Virat Kohli-led side, while only 33.3% are favouring Kane Williamson's troops.

The first team to get knocked out of tournament, SRH occupy the last spot in the team standings with just 4 points in 12 matches. While, RCB, who are through to the play-offs are placed third with 8 wins from 12 games. The Orange Army have nothing to lose at this stage of the tournament and their position will remain static in the points table irrespective of the result of their final two games in the league. The Virat Kohli-led RCB on the other hand will be eyeing for a top two finish at the league stage and thus will show no complacency in the game tonight.

Poll results indicate that there are more possibilities of RCB winning the game against SRH as 66.7% of cricket fans have voted in favor of the Virat Kohli-led side, while only 33.3% are favouring Kane Williamson's Orange Army.

The Sunrisers' performance this year has been far from impressive with none of their departments- batting or bowling rising to the occasions or even putting up decent performances as a unit. Moreover, none of their players, except for bowler Rashid Khan finds their mention in the list of the top 15 highest run-getters or wicket takers of this season. In their previous game against the Kolkata Knight Riders, the Orange Army could only manage a meagre total of 115/8, which the two time IPL champion side chased down with 6 wickets in hand.

Meanwhile, the Royal Challengers are having a blast this season with several comprehensive performances to their credit. They will be heading in the game riding on the back of three consecutive victories and with the confidence of the form, both their batters and bowlers are enjoying. RCB openers Virat and Devdutt Padikkal have provided fine starts to the team's proceedings. Glenn Maxwell has been brilliant in the middle, amassing 407 runs and has been striking the ball at a dangerous rate of over 145. On the bowling front, pacer Harshal Patel, donning the purple cap has been ripping off the opposition batters and has an exceptional tally of 26 wickets from 12 games. Spinner Yuzvendra Chahal, too has been a trouble for the willow wielders and has clinched 14 wickets in the tournament so far. In their last game against Punjab Kings, Kohli's men piped the KL Rahul side by 6 runs in a nail-biting thriller.

Coming to the Pitch report, the Abu Dhabi track has a lot to offer to the batters and once set, the willow wielders could have a blast on this pitch.

Read Also
IPL 2021: When and where to watch today's RCB vs SRH encounter Live on TV and online 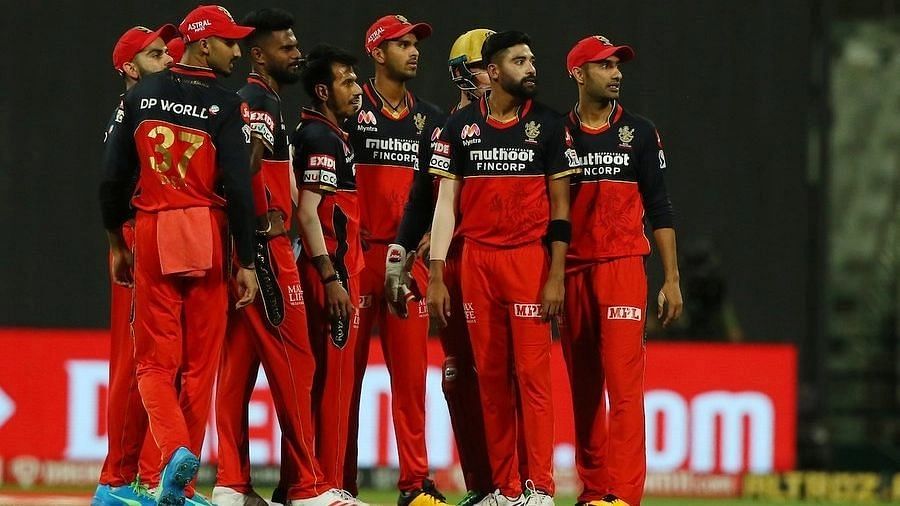