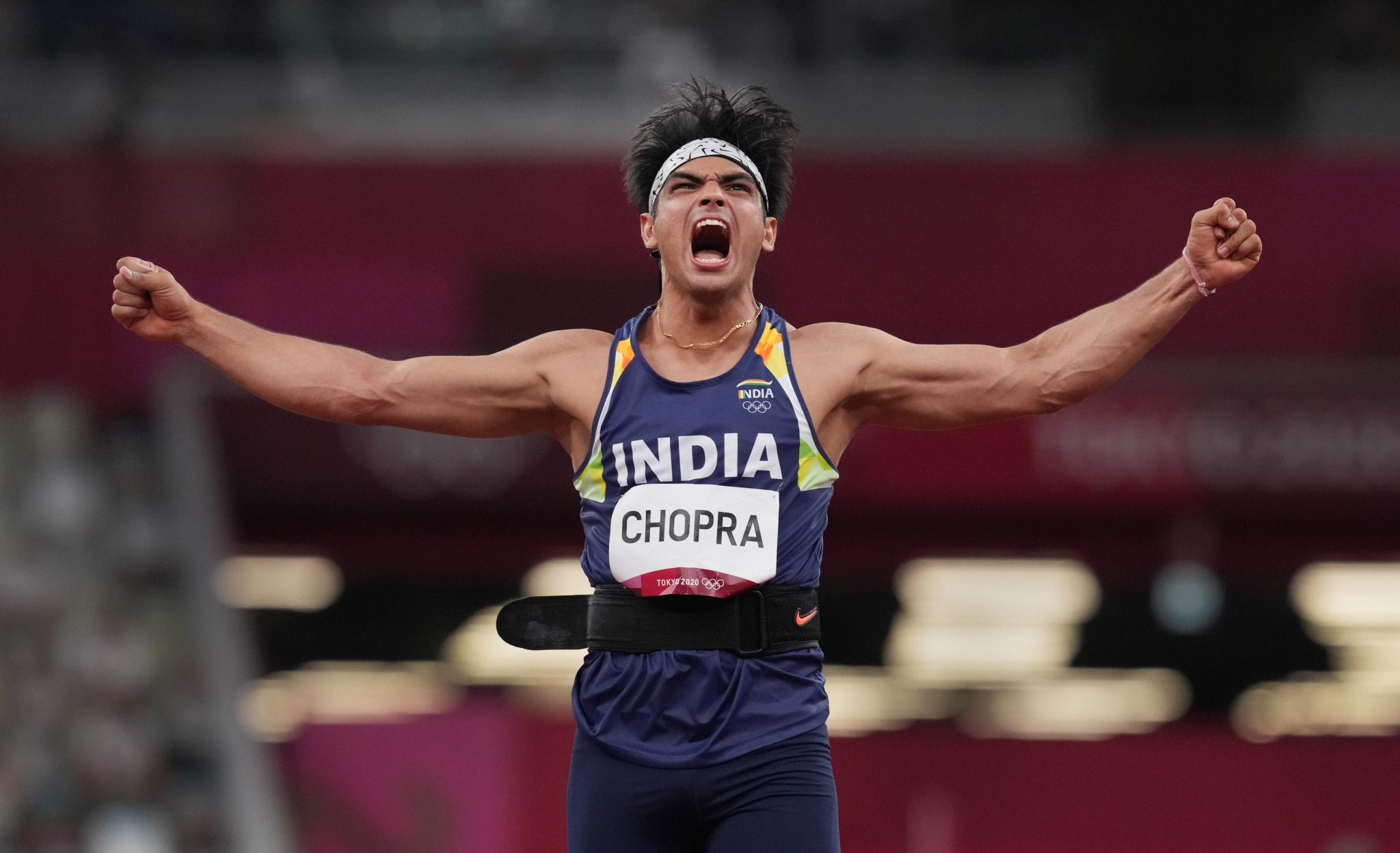 Tokyo: Indias Neeraj Chopra reacts as he competes in the final of the mens javelin throw event at the 2020 Summer Olympics, in Tokyo, Saturday, Aug. 7, 2021. | (PTI Photo/Gurinder Osan)

Tokyo [Japan]: Klaus Bartonietz, the biomechanical expert who trained Olympic gold medal-winning Neeraj Chopra on Sunday said he felt overwhelmed as the javelin thrower became the first from India to bag the top spot in track and field at Tokyo.

"I feel overwhelming joy. Joy for Neeraj that he could get medal not just bronze, not silver but gold and he became the best javelin thrower in the world," said Bartonietz in a video clip posted on Athletics Federation of India on Twitter The 23-year-old on Saturday threw the javelin to a distance of 87.58m to pick the gold at the Olympics. He began his quest for a medal with a massive throw of 87.03 meters and was leading the pack after the end of the first attempt. He bettered it with the second throw of 87.58m.

"It's a great joy for Athletics Federation of India (AFI) and all people who are interested in athletics in India," Bartonietz said.

Chopra on Sunday said that he wants to dedicate his medal from the Tokyo Games to track and field legends Milkha Singh and PT Usha.

Milkha Singh, who passed away earlier this year, always had this dream of seeing an athlete win a gold medal at the Olympics. Earlier, PT Usha missed out by a whisker from winning a medal at the 1984 Olympics.

"Milkha Singh had this dream of an Indian athlete winning a medal at athletics in the Olympics, he always wanted to win someone gold, it has now been fulfilled but he is not here with us," Chopra told ANI.

"He would have felt proud if he was here and if I was able to go to him. I will dedicate this medal to him and PT Usha. PT Usha had missed out on a medal by a whisker, I think her dream has also been fulfilled," he added.

While Chopra wasn't able to improve any further, it was enough to get him the coveted medal. He is now the second Indian after Abhinav Bindra to win a gold medal in individual events.

"Abhinav Bindra had won gold earlier at the Olympics, this is India's first gold at the athletics event, this is a big change for Indian athletics and javelin throw. I hope this will encourage more youngsters to take up this sport," said Neeraj.