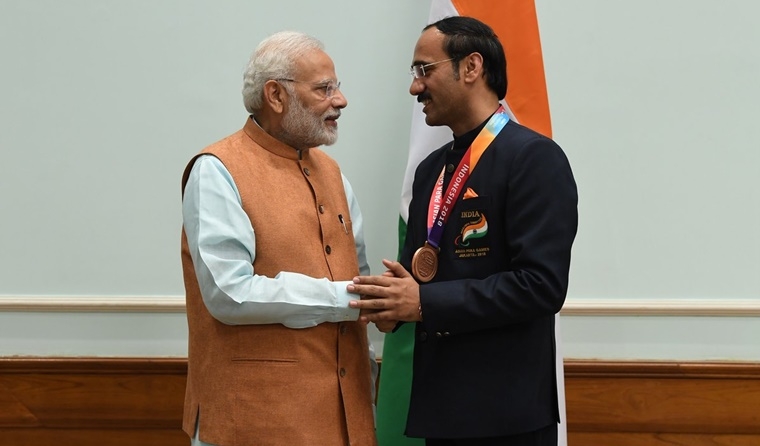 The 39-year-old, who is afflicted with polio and was making his Games debut, shot a total of 216.8 to finish the event in the third place after qualifying for the eight-man final as the sixth best shooter.

Hovering around the top three, Adhana dropped out of contention with his poor 19th shot but managed to get back in the reckoning with his 20th attempt as China's Xiaolong Lou got 8.6.

Before his 9.1 saw him slip to fourth, Singhraj had moved up to third place as the Chinese shooter endured a low series.

As the pistol is held with one hand only, athletes in SH1 category have an impairment affecting one arm and/or the legs, for example resulting from amputations or spinal cord injuries. P1 is a classification for the men's 10 air pistol competition.

Some shooters compete in a seated position, while others take aim in a standing position as defined in the rules.