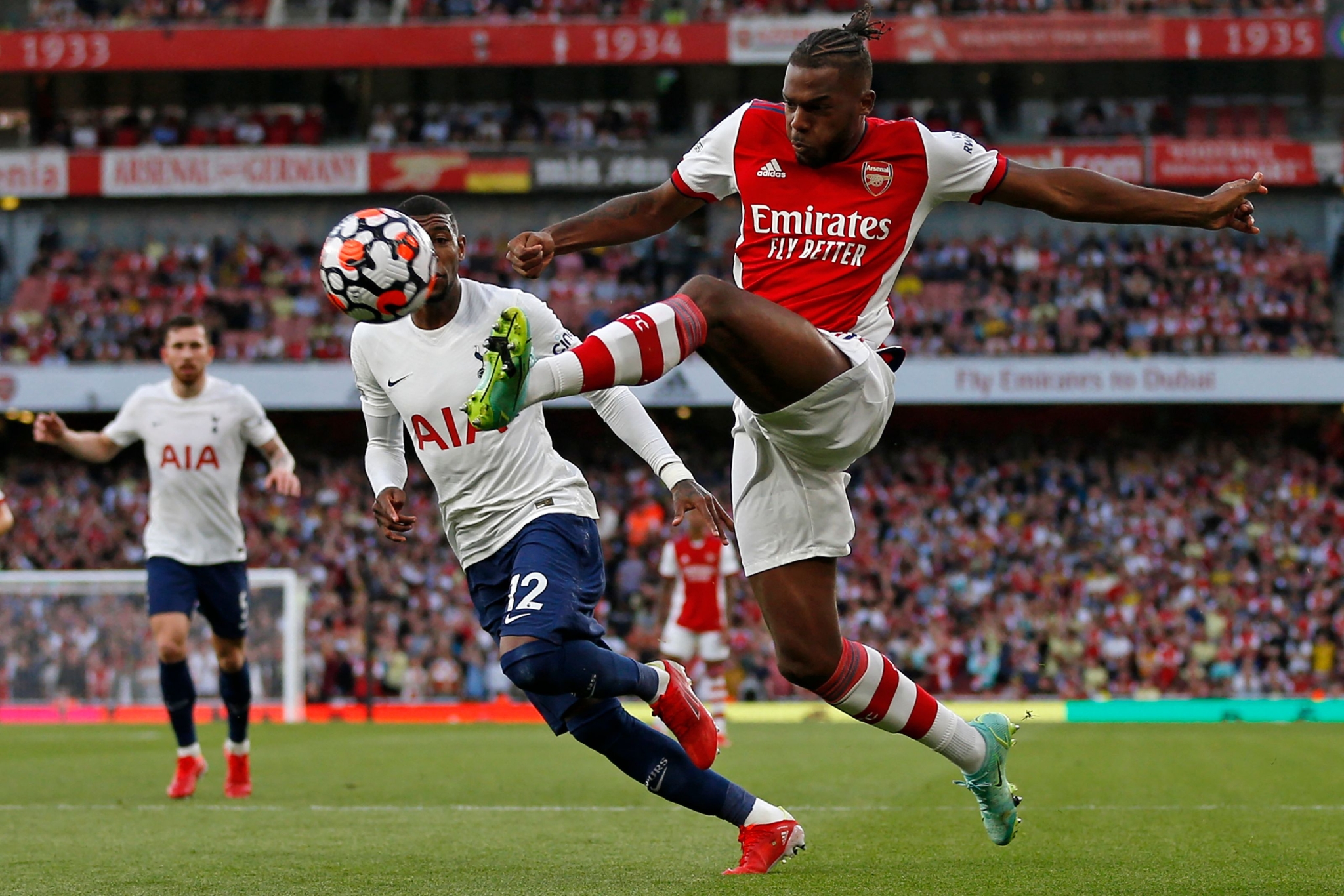 London: However bad things have seemed for Arsenal over the last decade, beating Tottenham at the Emirates Stadium can usually be relied on.

Just not usually as emphatically as Sunday's north London derby triumph, a 3-1 victory helping to clear the early-season gloom for Mikel Arteta's side.

Never before in the Premier League has Arsenal scored three goals as quickly in a derby.

The goals inside the opening 34 minutes from Emile Smith Rowe, Pierre-Emerick Aubameyang and Bukayo Saka rattled Tottenham and gave Arsenal fans an afternoon of gloating in the late September sun.

"It's quite easy when you have boys like this, they always listen, always ready to learn," Aubameyang said.

"They feel free when they play. That's why they're doing amazing."

It was a month ago as August was drawing to a close that Arsenal had opened the season with three losses, including at defending champion Manchester City, without scoring while Tottenham was top with a perfect start.

"After the game after City, we needed to have a chat between players," Aubameyang said. "We're doing really well right now."

The only thing consistent this month for Tottenham has been losing all three games and conceding three in each. Arsenal, meanwhile, has won all three games since the international break.

But in a sign of recent inferiority for the neighbors, they aren't challenging at the top but midtable with Arsenal 10th on goal difference and Tottenham 11th in the standings.

Spurs haven't won at Arsenal in the league since 2010, and they did everything to ensure that dismal run wouldn't end.

Just look at how much space was gifted to Arsenal to launch the attack that ended in the opening goal in the 12th minute.

Smith Rowe wasn't tracked by the visitors as he found space in the penalty area to get on the end of Saka's cross, evading a futile late tackle by Davinson Sanchez to net.

"I've always wanted to score against Tottenham in a derby," the 21-year-old academy graduate said. "It's just the best feeling ever."

Arteta will be feeling relieved.

"He just tells us to keep calm," Smith Rowe said, "and he encourages us."

A couple of months into the job, Tottenham manager Nuno Espirito Santo was unable to have any impact in preventing this humiliation.

"I am very honest," he said. "If the game plan didn't work out the way you wanted, it's because you didn't decide it well."

Not even Harry Kane, stopped from joining Manchester City, could come to the rescue.

In fact, the striker managed to give away the ball inside Tottenham's half to Thomas Partey that led to Arsenal scoring again on the break.

Kane did try to recover the situation as Arsenal advanced, but his tackle on Saka could not prevent him from getting the shot away to add the third.

Although Son Heung-min turned in a cross from Sergio Reguilon in the 79th, there would be no late Tottenham comeback. Especially not after Lucas Moura had a strike tipped onto the crossbar by goalkeeper Aaron Ramsdale.

"It is one of the nicest things I have experienced in this stadium," said Arteta, who has finished eighth in both of his seasons in charge of Arsenal.

It was at Arsenal in November 2020 that Raúl Jiménez suffered a head injury from a clash with David Luiz that might have ended the Wolverhampton striker's career.

He's back this season and now scoring again. It was a moment of magic that clinched a 1-0 victory over winless Southampton.

Wearing protective head gear, the Mexican breezed through the defense in the 61st minute before striking past goalkeeper Alex McCarthy.

"It was a special goal for Raul," Wolves manager Bruno Lage said.

"I saw since the first day that he was a guy with a big ambition and hungry to come back to play to score goals for us. Today, it happened but he knows he needs to continue to score goals."