HomeSports'Enjoying the process': Virat Kohli posts video of his array of shots ahead of England semifinal, watch

'Enjoying the process': Virat Kohli posts video of his array of shots ahead of England semifinal, watch

Ahead of India's T20 World Cup semifinal clash against England, star batter Virat Kohli sweated it out in the nets, hitting an array of shots.

The batter took to social media to share a video of him batting in the nets.

Virat Kohli has been in fine form in the tournament and the video will give comfort to fans that team India is gearing up for the big semifinal clash at Adelaide Oval on Thursday.

The star batter loves to swing his willow at Adelaide. In his 10 matches at the venue, Virat has scored 907 runs at an average of 75.58. He has scored five centuries and three fifties at this venue, with his best individual score being 141. He is India's highest run-scorer at the venue.

Virat is in the top nick in T20 World Cup. In his five appearances, he has scored 246 runs at an average of 123.00 and three half-centuries. This includes his classic knock of 82* against Pakistan at Melbourne Cricket Ground (MCG), which even he has termed as his "best T20I knock".

Notably, Virat has been on a roll since the Asia Cup. During that tournament, he made his return to international cricket after a month, a break he took after months of battling inconsistent form.

Read Also
'We've been talking all the time': AB de Villiers on being in touch with Virat Kohli during star... 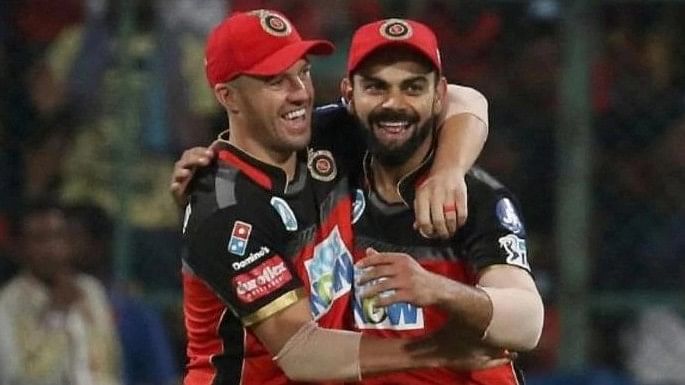