England must produce a brand of cricket to excite supporters, fast bowler Stuart Broad said, with the team's first Test match under new leadership failing to sell out any of its opening four days at Lord's.

With two days remaining before the start of the first test of a three-match series against New Zealand, seats were still widely available at the home of cricket. More than 16,000 seats are unoccupied across the first four days of what is regarded as the marquee match of England's international summer.

There are various factors at play, from cost-of-living pressures to tickets costing as much as 160 pounds ($200) per day to events taking place elsewhere to celebrate Queen Elizabeth II's Platinum Jubilee.

England's Test team is also in poor form, having won just one of its last 17 matches, although the team has new leadership in captain Ben Stokes and coach Brendon McCullum.

Broad, back in England's squad after missing the recent tour of the Caribbean, said the "style of cricket" was important to grabbing fans' attention.

"To attract the fans, we have to build on that style of cricket and have a style that people want to watch," Broad said.

"Trent Bridge (for the second test in Nottingham) has sold out for the first three days, so there is still that support for the team. From a player's point of view, we have to make that commitment that we want to be exciting and draw people through the gates." Marylebone Cricket Club, the owner of Lord's, said tickets sales remain strong across England's other international fixtures at the venue this year, with the ODI against India being sold out.

The Cricket Supporters' Association underlined what it described as the "astronomically high" price of tickets.

"The MCC would have known ticket sales were down weeks ago and so could have opened up the ticket sales with a different pricing structure for this particular game," the association said.

"It isn't rocket science but this could have been a great opportunity to showcase test cricket to a wider audience at one of the best grounds in the world." 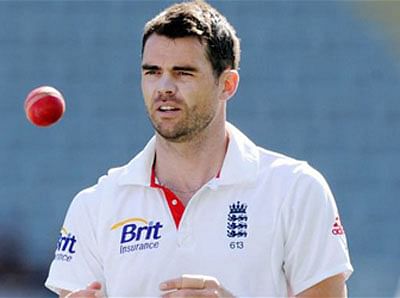