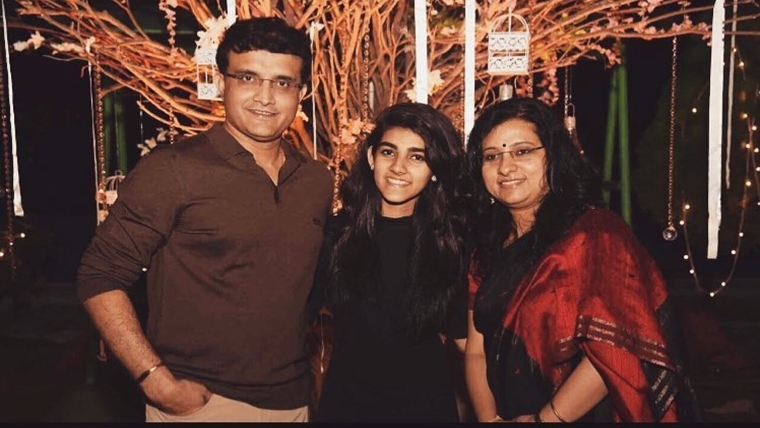 While India is witnessing nation-wide protests on the controversial Citizenship Amendment Act, the people of Twitter and other social media platforms have called out celebrities and people with the power to influence for observing silence.

The protests are being spearheaded by the youth of the nation and while most celebrities and known names have kept quiet, their offspring and the youth do not adhere to the same. BCCI President Sourav Ganguly has had nothing to say on the passing of the bill or the protests but his 18-year-old daughter did speak up.

Sana Ganguly, the teen daughter of former Indian cricket team captain, took to Instagram to share her bit on the current situation in India which is being called as Fascist and compared to Nazi Germany.

Sana shared a story on her Instagram which is an excerpt from the book ‘The End of India’ by Khushwant Singh, published in 2003. The excerpt talks about how every fascist regime needs a community or group it can demonize to thrive. The excerpt further explains how fascism is a systematic approach that doesn’t stop after demonizing one group.

The excerpt read, “A movement built on hate can only sustain itself by continually creating hate and strife.”

It is possible that Sana must have been advised to take the story down as according to rumours, Sourav Ganguly might soon contest an election representing the ruling party BJP.

‘The End of India’, the book from which the excerpt is taken is authored by Khushwant Singh, India’s best-known writer and columnist. Singh who had witnessed the partition of India and the birth of Pakistan, says that he had thought he had seen the worst until the last few years before he published the book.

Singh talks about the caste violence, atrocities against minorities and the communal violence and the use of religion in politics in his book as the evils of new India. ‘She is too young’: Sourav Ganguly in damage control move over Sana's post on CAA and fascism