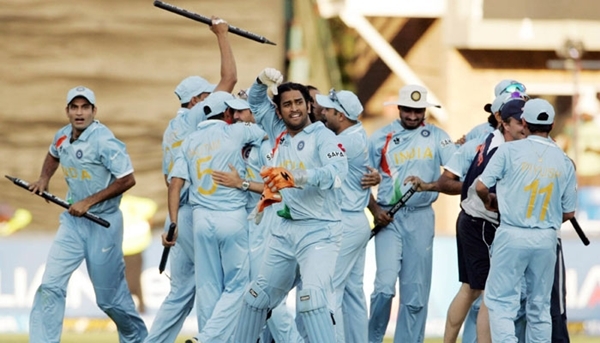 India all-rounder Irfan Pathan has said Mahendra Singh Dhoni was a lot calmer as captain during the 2013 Champions Trophy than he was in the 2007 T20 World Cup, both of which India won.

Irfan was part of India's 2013 Champions Trophy squad and was also a vital cog in the team's wheel in 2007 when they lifted the inaugural WorldT20 trophy.

"He was much calmer in 2013. Look in 2007 it was the first time and you understand that when you're given a big responsibility of leading the country you always get excited about certain things," Irfan said on Star Sports show Cricket Connected.

"Obviously, the meetings were always smaller even in 2007 and in the 2013 Champions trophy as well, there were no differences in terms of five minute meetings," he added.

"But one thing that has really changed and that happens with experience, when young Dhoni became a captain in 2007 he used to run from the wicket-keeping end to the bowler in excitement and try to control the bowler as well.

"By 2013, he was letting the bowler control himself rather than controlling them so he understood that and he was very calm and in control in 2013 Champions Trophy," explained Irfan.