HomeSports'Couldn't have found a better partner': Yuvraj Singh relives 6 sixes in an over with his son Orion, watch

'Couldn't have found a better partner': Yuvraj Singh relives 6 sixes in an over with his son Orion, watch

Fifteen years after smashing England pacer Stuart Broad for six consecutive sixes in an over during the ICC T20 World Cup 2007, former Indian all-rounder Yuvraj Singh was seen relishing that moment once again with his son.

Yuvraj took to Twitter to share a heartwarming video, in which he can be seen watching himself hit Broad all over the park with his son Orion.

"Couldn't have found a better partner to watch this together with after 15 years #15YearsOfSixSixes #ThisDayThatYear #Throwback #MotivationalMonday #GetUpAndDoItAgain #SixSixes #OnThisDay," tweeted Yuvraj.

On this day in 2007, former Indian all-rounder Yuvraj Singh became the first-ever T20I batter and second batter in international cricket after South Africa's Herschelle Gibbs (ODI) to smash six sixes in an over, against England at Durban during the ICC T20 World Cup 2007.

It was the Super Eight phase of the World Cup. After losing their first matches, both India and England desperately needed a win to boost their chances at semis.

India was dominating their second Super Eight match against England, at 171/3 in 18 overs after choosing to bat first. After exchanging a few heated words with all-rounder Andrew Flintoff, Yuvraj was all fired up, all set to unleash his hard-hitting game against England.

But what happened later was unprecedented in the shortest format of the game. Stuart Broad, who came to bowl the 19th over, was smashed for 6,6,6,6,6,6. Flintoff and Yuvraj had an argument and it was Broad, who paid the price.

The pacer was smashed all over the park, with one six going to the cow corner, the second one a flick over backward square leg, the third being a hit over extra cover region. The fourth ball saw Yuvraj smash a full toss to the backward point region, making it four sixes in a row. The southpaw smashed the fifth ball over the midwicket region. The final and landmark-making sixth six was smacked over the mid-on region, much to the delight of Indian fans in the crowd.

With this, he also reached his half-century, the fastest in T20I cricket history, in just 12 balls. 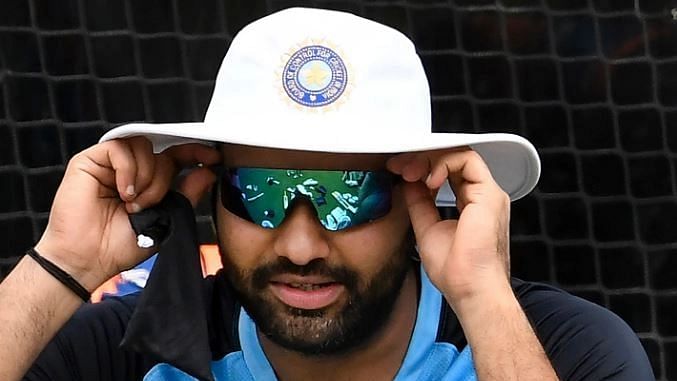