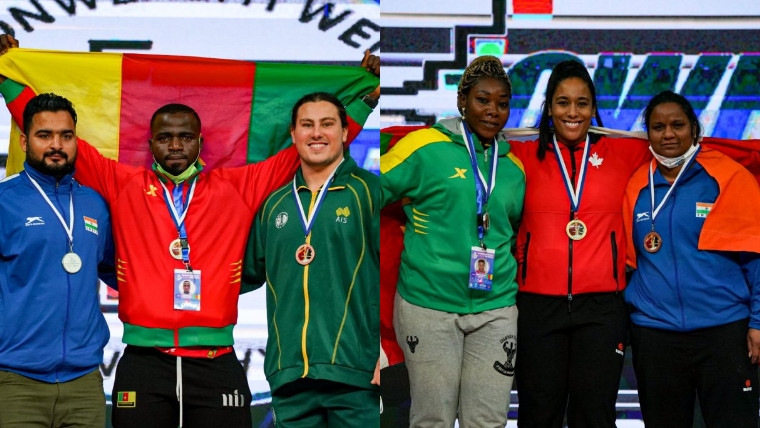 India's weightlifter Lovepreet Singh on Thursday won the silver medal in the men's 109kg category at the ongoing Commonwealth Weightlifting Championships 2021 in Tashkent.

Lovepreet Singh lifted a total of 348kg (161+187) and stood 12th in the World Weightlifting Championships, which are being held concurrently in Tashkent until December 17. India, being a Commonwealth nation, is competing in both.

Later in the day, Anuradha Pavunraj secured the bronze medal in women's 87kg at the Commonwealth championships with a combined effort of 195kg (90+105).

So far, India have won 14 medals at the Commonwealth championships, including three golds. However, Indian weightlifters, have won only one medal - a clean and jerk silver - at the World Championships.